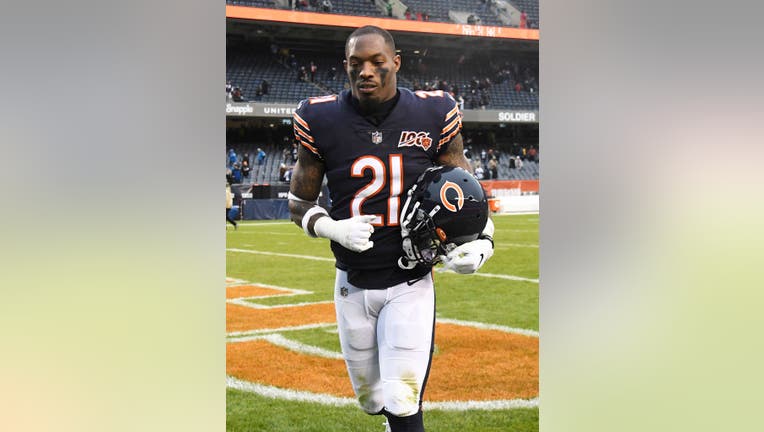 NEW YORK - Dallas Cowboys safety Haha Clinton-Dix showed impressive reflexes when he unexpectedly encountered a bear and its cub while riding a scooter outside his house.

Clinton-Dix shared security camera video of the incident on Monday. In it, he's seen moving past a parked car in his driveway when he spots the bears. Clinton-Dix jumps off and launches the scooter forward and runs away.

The bears appear to be frightened as they take off, too. But the larger bear stops and turns back.

Ironically, the Florida native played for the Chicago Bears last season. He signed a $4 million deal with the Cowboys in April.