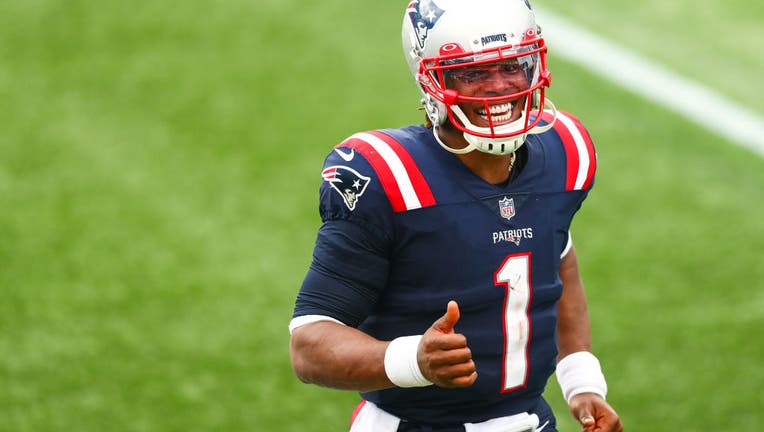 Cam Newton #1 of the New England Patriots reacts after a win over the Las Vegas Raiders at Gillette Stadium on September 27, 2020 in Foxborough, Massachusetts.

NASHVILLE, Tenn. - The NFL has postponed the Denver-New England game indefinitely due to another positive coronavirus test with the Patriots.

That game, originally scheduled for Sunday, had been moved to Monday night.

The latest result also endangers the Titans’ game with Buffalo (4-0) set for Tuesday night after it was moved from Sunday. Six games have been moved already as the league is in its fifth week of the schedule.

The NFL rescheduled New England's game for a second straight week after reigning NFL Defensive Player of the Year Stephon Gilmore tested positive. This latest positive result puts their outbreak at four, according to the person who spoke to The Associated Press on condition of anonymity because neither team announced the latest results.

“Ain’t no way we practiced all week and they canceled our game,” Denver running back Melvin Gordon wrote on Twitter on Sunday morning.

Well, no, it is not canceled. But when Broncos-Patriots will be played is uncertain.

The Titans last played Sept. 27 because of an outbreak that has now reached 24. They've already had a game with Pittsburgh first postponed, then rescheduled to Oct. 25. They sent out a statement saying they learned a staff member tested positive.

“We have temporarily closed our facility and are in communication with the league on the next steps,” the Titans said.

The Bears also had an issue, moving offensive lineman Badara Traore from their practice squad to the reserve/COVID-19 list on Saturday.

Titans quarterback Ryan Tannehill addressed the uncertainty of the situation on Saturday.

“It was a roller coaster for sure,” he said. "Definitely the fact that we had guys with no symptoms testing positive and we had guys with full-blown symptoms getting consecutive negative tests on multiple days was really eye opening. Just the fact of we really don’t know.

“So, we have to treat everyone as if they have the virus. Unfortunately, really probably lost some faith in the testing system just through everything we’ve been through over the past week and a half. But we said that from the beginning that testing is not going to prevent the virus from being spread, it’s the way we handle ourselves with all the protocols and handle ourselves outside the building as well.”