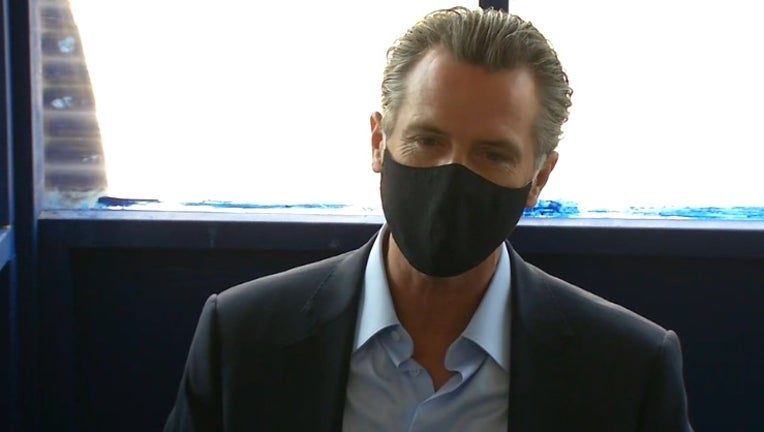 California Gov. Gavin Newsom on Tuesday suggested that mailing all eligible voters a ballot could become a permanent approach for future elections, given the state’s unprecedented early turnout ahead of Nov. 3.

The Democratic governor made the pitch during an Election Day get-out-the-vote stop at a restaurant in San Francisco, Politico reported.

“We’ll discuss that with the legislature, but I think making voting easier, providing more choice and more opportunity is fabulous,” Newsom reportedly said.

According to the U.S. Elections Project, more than 12 million Californians had submitted ballots before Tuesday’s polls opened. That’s more than half of all eligible voters in the state.

California moved to an all-mail system in light of the ongoing coronavirus pandemic. But Newsom noted that the pandemic had merely accelerated a trend that was already in place.

“This trend has predated COVID in California – a significant increase, election after election, in people voting by mail and absentee … COVID has accelerated that trend,” Newsom said. “And I think the expectations will be all across this country that people will demand more choice so they can exercise their voice.”

Newsom signed an executive order in May that sent every registered voter in the state a mail-in ballot for the general election. The move immediately raised concerns from Republicans that it could lead to fraud and abuse, although election experts have long maintained that mail-in voting is secure and safe.

State lawmakers followed the executive order with a bill intended to safeguard the mail initiative against legal challenges. On Monday, a county judge ruled in favor of two Republican state lawmakers who had filed an abuse of power lawsuit against Newsom.

Sutter County Judge Sarah Heckman sided with their lawsuit in declaring Newsom’s executive order unconstitutional. As part of the ruling, Heckman has issued a permanent injunction that prevents the Democratic governor from making additional unconstitutional orders.

Fox News has reached out to Newsom’s office with a request for comment.