New Zealand Prime Minister Jacinda Ardern was visibly startled by an earthquake during a news conference, but she quickly smiled and turned her attention back to the reporter. (Credit: Jacinda Ardern via Storyful)

Ardern was fielding questions at a news conference Friday morning, announcing the country’s new COVID-19 framework, when an earthquake struck Taumarunui on the country’s North Island 223 miles away.

The prime minister was visibly startled by the shaking, but quickly smiled and turned her attention back to the reporter asking about domestic travel restrictions.

"Sorry, a slight distraction," Ardern said. "Would you mind repeating that question?" 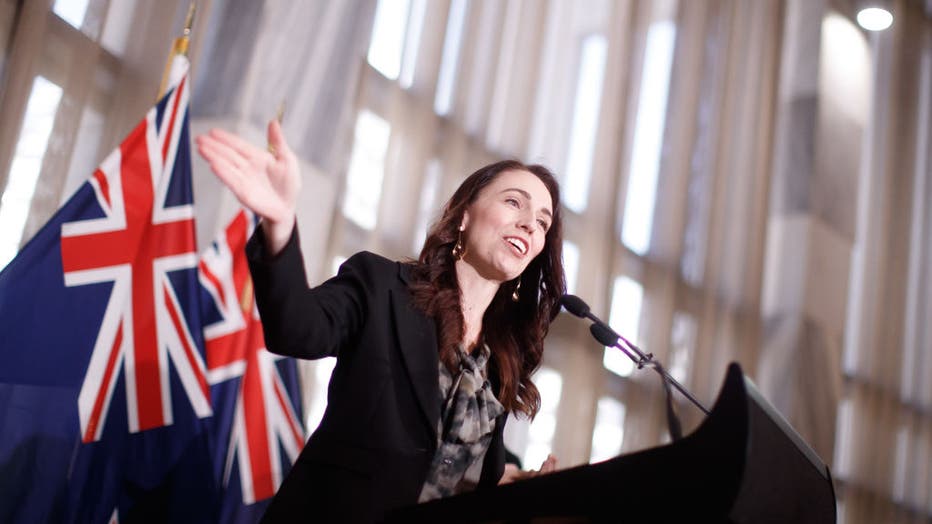 The U.S. Geological Survey said the magnitude of Friday’s earthquake was 5.6. According to Reuters, minor quakes are common for the island nation — which finds itself on the seismically active "Ring of Fire," a 24,855-mile arc of volcanoes and ocean trenches girdling much of the Pacific Ocean.

No injuries or damage were reported in Friday’s quake, but New Zealand wasn’t so fortunate in previous events. A 6.3 magnitude earthquake shook Christchurch in 2011, leaving 185 people dead.

In 2016, a massive 7.8 magnitude earthquake rocked Kaikoura. That event only claimed two lives, but it caused billions of dollars worth of damage, Reuters reported.