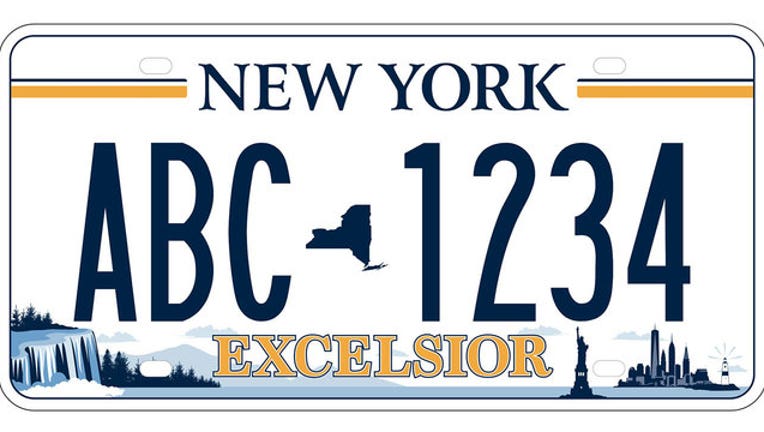 Selected with nearly half of the votes in an online poll on the governor’s website, the new plate features several New York landmarks, officials from the New York Department of Motor Vehicles announced on Friday.

The plates will replace the state's blue-and-white plates, most of which are more than 10 years old. As vehicle owners renew their registrations, owners with license plates 10 years old or older will be issued new plates for a $25 fee.

Once the new plates become available, the Department of Motor Vehicles also will stop issuing the newer blue-and-gold plates.

The replacement plan was heavily criticized by Republican and Democratic lawmakers, but the governor’s administration defended the move, saying that more than 3 million license plates in New York are at least 10 years old and that aging plates can peel and rust, making it harder for police, traffic cameras and toll booth cameras to read.