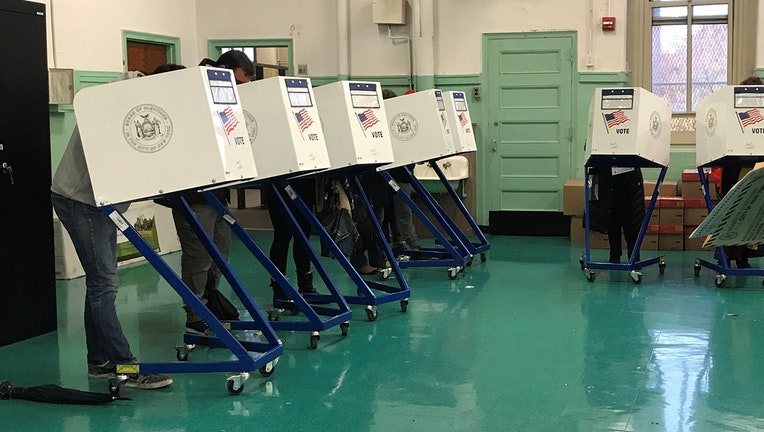 NEW YORK - New York City voters will soon be allowed to mark election ballots with up to five candidates.

Voters approved a measure to amend the City Charter to allow what is called ranked-choice voting. The measure passed 72% to 28%.

New York now becomes the most populous place in the U.S. to adopt ranked-choice voting, also known as instant-runoff voting, in which voters mark down not only their first choice in a race, but also who they'd prefer to win if their top candidate doesn't make the cut.

San Francisco, Minneapolis and Cambridge, Massachusetts, all use such as system. All of Maine also features ranked-choice voting.

Voters in the city also checked off "Yes" on four other ballot questions.

Question No. 2 is about police accountability. Voters approved adding two more members to the Civilian Complaint Review Board, which investigates police misconduct. The City Council and public advocate will now have more of a say on the appointments.

Three more ballot measures that passed will expand the amount of time after leaving service that an elected official can lobby his or her former agency, authorize a rainy day fund for the city budget, and give elected officials more time to review land-use projects.