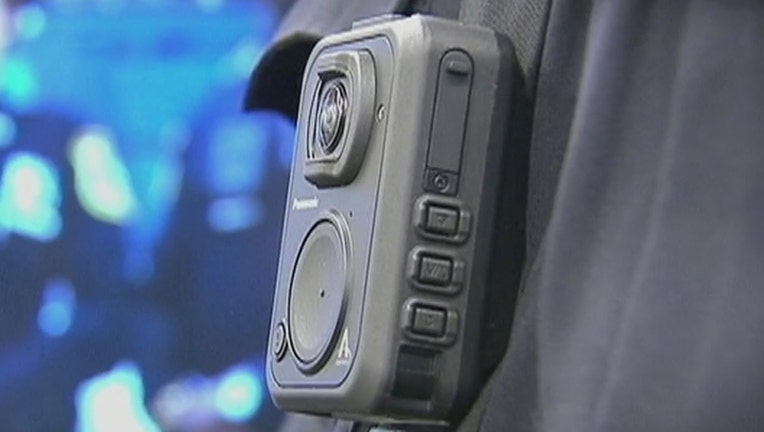 An example of a body camera worn by police officers. (FOX 5 NY file)

ALBANY, N.Y. (AP) - The New York State Police plans to go forward with a body camera pilot program for state troopers, which would change the agency's status as one of the few primary state law enforcement agencies in the nation without body or dashboard cameras.

Kevin Bruen, first deputy superintendent of the New York State Police, disclosed the plan for a pilot program Monday at the state Capitol. He did not provide details of the plan, such as how many troopers will receive the devices and how much money the pilot program might cost.

His comments come months after a nationwide Associated Press survey found that the New York State Police is the country's largest primary state law enforcement agency not equipped with body or dashboard cameras.

Without operating those devices, New York State Police continues to remain an anomaly compared to police forces in large cities and state police agencies across the U.S., the Associated Press survey found.

Many primary state-level policing agencies do not operate body cameras but do use dashboard cameras.

Patrol cameras are regularly praised by law enforcement experts as ways to increase transparency and hold officers and citizens accountable.

Equipping state police with body cameras has received support from New York Attorney General Letitia James. Some state lawmakers have also expressed support for bringing the technology to the agency.