NEW YORK - Hundreds of New York City municipal workers marched over the Brooklyn Bridge and then held a rally outside of City Hall on Monday to protest vaccine mandates. Workers chanted "F*** your shot" and waved American flags.

The city announced that all city employees will have to have at least one vaccine shot by this Friday or they will be put on unpaid leave. This changes a policy that would allow non-vaccinated employees to undergo regular testing.

"I think it's a violation of my personal right or the right of every New Yorker that's not vaccinated now," DOT worker Osas Ighodaro said. "You have the right to make a choice."

Up until this point, most city workers have had the choice to get vaccinated or get tested weekly but after the Friday deadline the testing option will be eliminated. The mandate has already gone into effect in the city's school system, which is why Michele Iorizzo is not working anymore. She was a school safety agent for 19 years.

"I resigned. I resigned from the job completely," Iorizzo said. "You know you just feel like you work so hard for so many years and this is the thanks that you get."

Ahead of Friday's mandatory COVID vaccine requirement for NYC workers, hundreds of protesters gathered in Brooklyn Monday for a march towards City Hall.

In a tweet, the group said: "We will also be filing a request for a temporary restraining order asking the court to bar the City and the NYPD from implementing the mandate while our suit is pending."

One was held at the Barclays Center in Brooklyn, where demonstrators came out to support Nets Guard Kyrie Irving who isn’t playing right now due to his refusal to get the shot.

On Staten Island, a group of city workers, including NYPD and FDNY members, also rallied against the mandate. About 45% of FDNY workers are not vaccinated.

A lot of the protesters claim that having fewer firefighters, emergency dispatchers, and workers in other essential city services could threaten the fabric of New York City.

But Mayor Bill de Blasio maintains that the mandate is the right move. He was asked at a press conference Monday morning specifically about schools and if he is concerned about a lack of safety agents showing up due to the vaccine mandate.

He said he was not concerned, noting that 92% of school safety agents have been vaccinated.

"That's obviously a really outstanding number. That number puts us at a point where we have the ability to move some folks around or do some overtime," de Blasio said. "We can compensate for any needs." 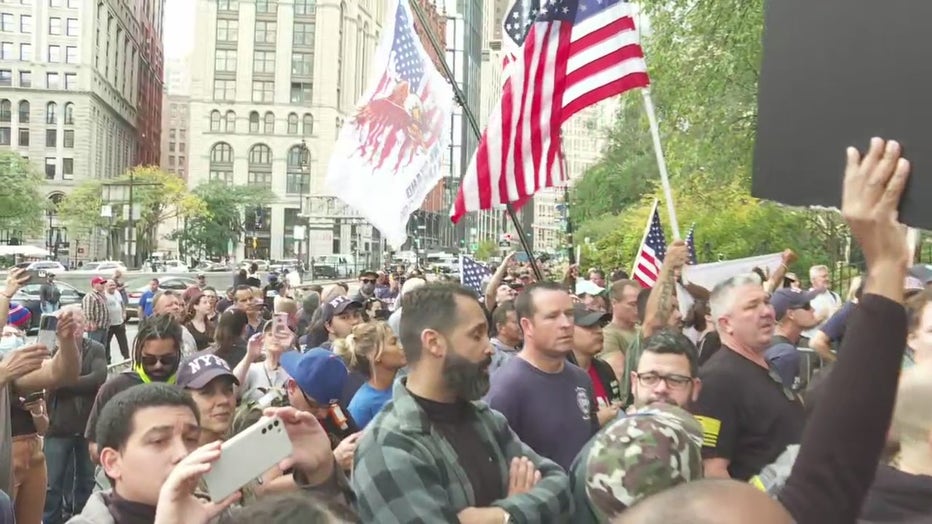 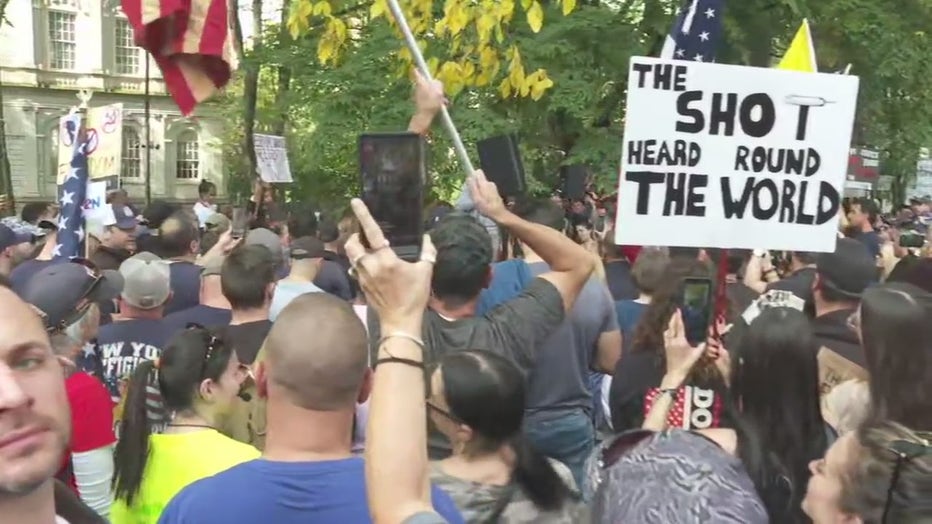