Coronavirus workers to get parade

Mayor de Blasio says New York City will throw a parade for health care workers when the city is safe for it to happen.

NEW YORK - Mayor Bill de Blasio says New York City will hold a ticker-tape parade for healthcare workers and other frontline workers in the coronavirus pandemic when the situation improves.

He made the announcement on Tuesday while talking about eventually reopening the city.

"We will throw the biggest, best parade we can do," de Blasio said.  "I think this will be the greatest of all parades. It will be a chance to say thank you to so many brave and noble people."

The time-honored tradition has been held for people from all walks of life from soldiers to athletes and heads of state in the 'Canyon of Heroes' in Lower Manhattan.

"I am suggesting that after all of this is said and done that we have a ticker-tape parade for all our health care workers. I want you to lead the parade. Are you available?" she asked Fauci.

"I want to be part of something. I don't want to lead it. I just think that people in New York City deserve all of the credit."

"I want to be part of something. I don't want to lead it. I just think that people in New York City deserve all of the credit," said Dr. Fauci.

The last time New York City held a ticker-tape parade was on July 10, 2019 for the U.S. Women's Soccer team after their victory at the FIFA Women's World Cup. 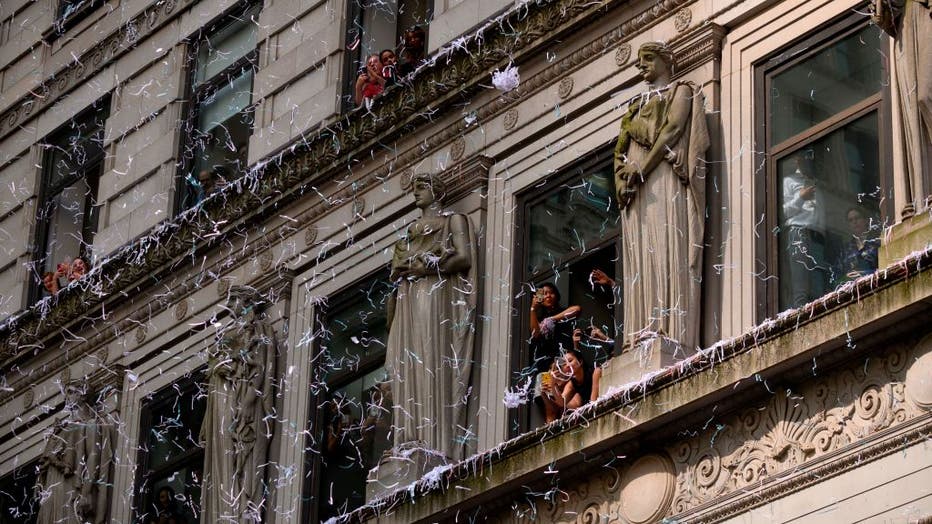 Fans cheer on members of the World Cup-winning US women's team as they take part in a ticker tape parade for the women's World Cup champions on July 10, 2019 in New York. (Photo credit JOHANNES EISELE/AFP via Getty Images)