Many are outraged after a Manhattan bodega worker was arrested in connection with the death of a customer who surveillance video shows menacing and attacking him.

NEW YORK - A New York City bodega worker faces a second-degree murder charge after allegedly stabbing a man who shoved him during a dispute inside the Hamilton Heights store.

The Post says Austin Simon, 34, went into the store to confront Alba after his girlfriend was denied a bag of chips for her daughter after her credit card was declined at the Bluemoon Convenient Store.

Alba allegedly had snatched the chips back from the girl.  The woman told Simon, who then went to the store, walked behind the counter, and pushed Alba.

A criminal complaint obtained by Fox News Digital stated that when Simon attempted to "steer" Alba out from behind the counter area, the worker "picked up a kitchen knife that was stashed behind the counter and stabbed Mr. Simon in the neck and chest at least five times."

Simon’s girlfriend then allegedly pulled a knife from her purse and stabbed Alba in the arm.

Simon died at a nearby hospital a short time later. 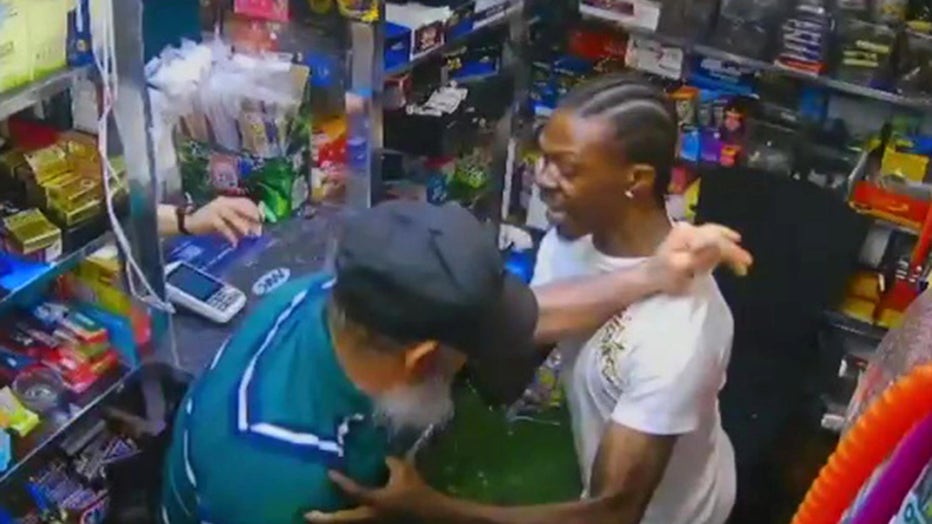 Manhattan District Attorney Alvin Bragg had asked for $500,000 bail in the case.

Alba could face up to 25 years in prison if convicted on the murder charge.