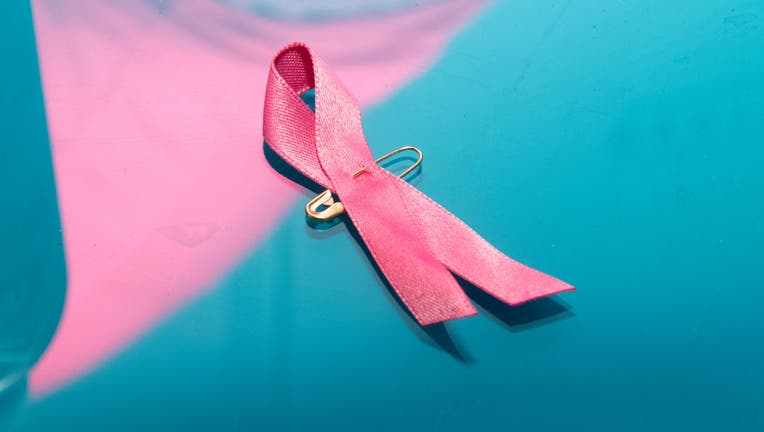 SPRING LAKE HEIGHTS, N.J. (AP) — Cathy Commesso Juska was feeling particularly lousy one day, in the thick of three months' chemotherapy for breast cancer. All she could stomach, she told a friend, were Gatorade and Teddy Grahams.

That night there was a knock on her door, a special delivery: a case of Gatorade and big supply of Teddy Grahams, plus some vanilla ice cream for her 8-year-old son Jack.

This was the handiwork of Just Us Girls, a Manasquan-based nonprofit that helps residents of Monmouth and Ocean counties who are battling breast cancer. For 25 years the group has supplied donations and fellowship — kindnesses like rides to treatment, advice on wigs and yes, Teddy Grahams deliveries.

"Someone might come over and do a load of laundry for you," Commesso Juska said. "Knowing you have that support is priceless."

She would know, because breast cancer runs in the family. Her mom, Ellen Commesso, was diagnosed in 1993 and battled two recurrences before dying in 2016. Both of her aunts are breast cancer survivors. And she's in remission after a double mastectomy in 2015.

"When I was diagnosed, I was single mother and I was out of work," Commesso Juska said. "They helped me monetarily (the typical donation is $1,000, although that varies based on circumstances). They send you flowers when they know you're finished with your treatment. They would pick Jack up at school or take him to (football) practice."

Just Us Girls has helped more than 700 people through the years — breast cancer patients (including men) and students, too, through scholarships. Its primary fundraiser is an annual 5K. This year's takes place Oct. 26 at the National Guard Training Center in Sea Girt (also known as Sea Girt Army Camp). The Commesso family will be there in big numbers; they've brought 100-plus people in years past.

"Their whole family has been unbelievable, with their support," said Bernadette McHugh-Lennon, a former oncology nurse from Point Pleasant who is one of Just Us Girls' longest-serving volunteers, dating back to 1994. "It's so energizing, to see people we've helped coming back to support us and say, 'We never forgot what you did for us.'"

As McHugh-Lennon recalls it, the inaugural Just Us Girls 5K raised "a couple of thousand dollars" for the family of Laurie Campbell, a Manasquan resident who died of breast cancer. The next year they began looking for recipients, with McHugh-Lennon working her case-management contacts for leads.

This was in the mid-1990s, and although October was Breast Cancer Awareness Month then as now, there were not nearly as many charities or initiatives as there are today.

"I'd deliver a $1,000 check and the patient would burst into tears," McHugh-Lennon said. "They were so surprised that somebody cared."

Around that time Just Us Girls connected with Ellen Commesso. Though she declined any monetary help, Ellen thoroughly appreciated the camaraderie, and the 5K was circled on her calendar each autumn.

"It was my mom's favorite day of the year," Cathy Commesso Juska said.

"It was something that kept her going," said Louis Commesso, Ellen's son and Cathy's sister.

Now the 5K draws between 800 and 1,200 participants annually. The Manasquan Elks host a free buffet and celebration afterward. This year's silver anniversary event is dedicated to Mary Gray, an original board member who died of cancer in December.

The Commesso home, in Spring Lake Heights, will be jumping as friends and family from all over gather to walk in Ellen Commesso's memory. For two generations of this family, the day and the mission are deeply personal.

"It's about letting people in, accepting help with things you don't ever want to ask for," Cathy Commesso Juska said. "I've established amazing relationships with women who I never would have come across. They're dear friends now."