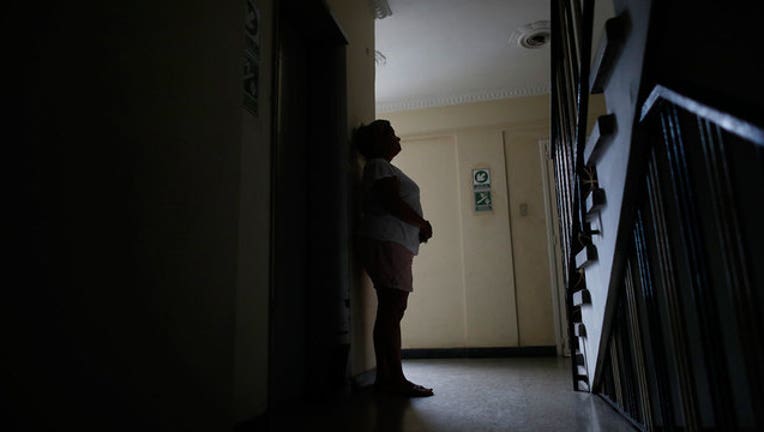 Orelis Lehmann rests from climbing the stairs to her apartment in Caracas, Venezuela during a July power outage. (AP File Photo/Ariana Cubillos)

CARACAS, Venezuela (AP) - Parts of Venezuela's capital and at least one state are experiencing another blackout amidst the country's mounting energy woes.

The power went out in a wide swath of Caracas early Tuesday afternoon, shutting down the metro and forcing hundreds to walk.

The state electricity company reported on Twitter that a "breakdown" at an undisclosed location had caused the blackout and all power had been restored within hours.

But opposition leader Juan Guaidó told local media that the outage was impacting at least 11 of Venezuela's 24 states.

Several widespread blackouts have engulfed Venezuela this year as the nation struggles with an economic crisis far worse than the U.S. Great Depression.