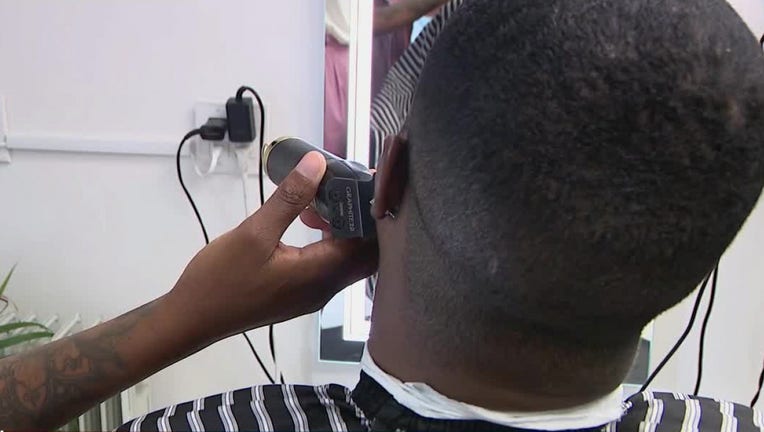 NEW YORK - In the black community, barbershops are often viewed as safe havens. At Enkel’s Barber Shop in Bed-Stuy, Brooklyn even more.

Enkel's owner Kadeem Woodson decided to open his own shop specifically for LGBTQ clientele after an experience about a year ago at a barbershop he wishes he could forget.

Woodson says "a transwoman had walked by and they had tried to pursue her before they knew and then they came back in the shop and started talking and started calling her just all types of words and I'm pretty sure we know what those words are."

Gay rights advocates say while gay men may be out and proud in every aspect of their lives...They tend to go back "into" the closet whenever they enter a "traditional" barbershop.

And it's not just gay men.

"We always hear in our community people having very traumatic or uncomfortable situations, experiences in male-dominated barber shops so, again, that is the reason why I was very drawn here," said Kenshy Delva, a gay female barber at Enkel's.  "This is a place that is basically going to be a safe space for us."

"People saying a lot of very ignorant things at the last barbershop that I frequented a lot and that was the reason why I stopped going there," said Justin Pittsm, 38.

Enkels had a soft launch in April and a grand opening is set for later this month.  Woodson, 29,  says all he wants his shop to do is provide a welcoming environment-that and a good cut.

"The divide between sexualities and genders and races it's a universal issue. It's just something that needs to be addressed and I'm happy to be a start of it," said Woodson.