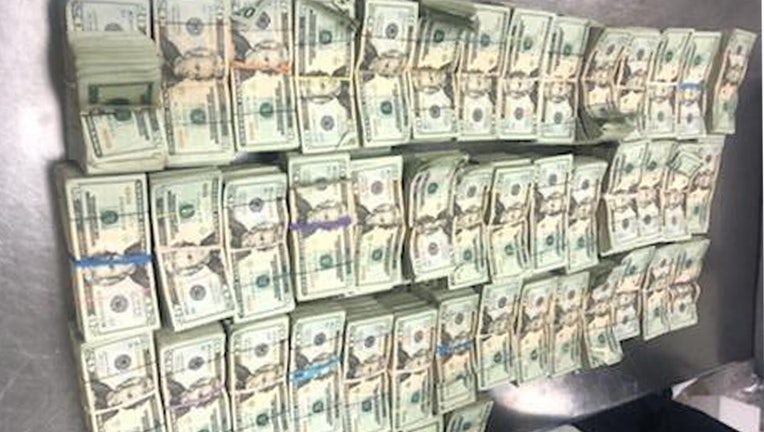 MIAMI, Fla. - Customs officers at a Florida airport found nearly a half-million dollars being smuggled out of the United States hidden inside furniture, officials said.

U.S. Custom and Border Protection officers at Miami International Airport seized $491,280 in unreported U.S. currency last Thursday, the agency said in a news release. The money had been concealed inside a chair placed in a crate with other furniture. The shipment was heading to the Dominican Republic and was selected for examination during outbound enforcement operations, officials said.

Officials didn’t say who the money belonged to or whether criminal charges would be filed.

Travelers bringing more than $10,000 out of the U.S. must report it to customs officials. Failing to do so can lead to the money’s seizure and forfeiture, as well as potential criminal charges, officials said.