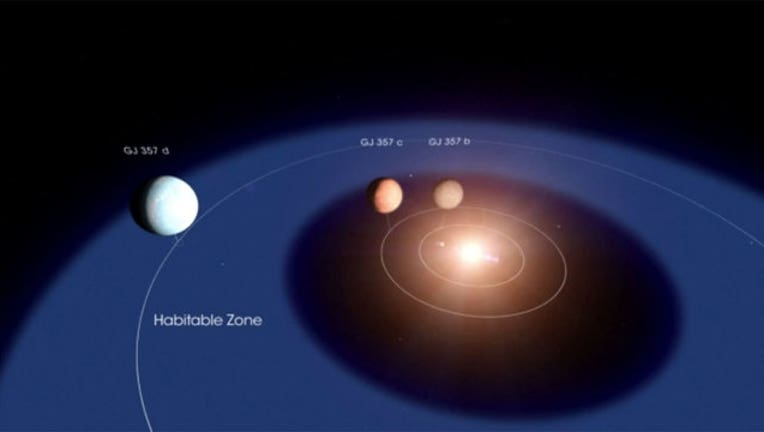 NEW YORK (FOX 5 NY) - A NASA satellite has discovered a star with worlds orbiting it and they believe one of those planets could potentially be able to support human life.

The planet that they believe could be inhabited receives about the same amount of stellar energy from its star as Mars does from the sun.

The Earth-like planet is 31 light years away and weighs more than six times the Earth's mass.  It takes more than 55 days for it to complete a revolution around its star.

Scientists will now have to determine the density of the planet's atmosphere.  If it is dense enough, it could trap sufficient heat to warm the planet and allow liquid water on its surface.