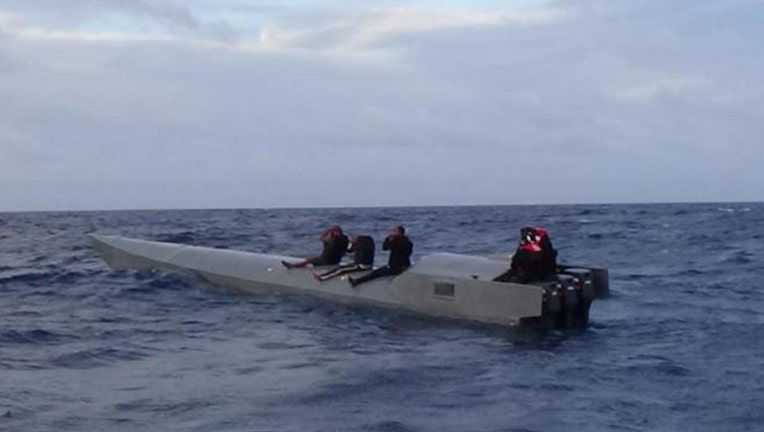 Crews from the U.S. Coast Guard and U.S. Customs and Border Protection intercepted the vessel on April 8 near Puerto Rico, officials said. Coast Guard members boarded the so-called narco-submarine and found about 2,500 kilos (about 5,510 pounds) of cocaine inside, authorities said.

The street value of the cocaine is about $75 million, based on a wholesale price of $30,000 per kilo, according to the U.S. Justice Department.

The federal authorities that carried out the interception are part of the Caribbean Corridor Strike Force, or CCSF, which targets the smuggling of narcotics into Puerto Rico, the transshipment of drugs to the continental United States, and the laundering of drug money, the Justice Department said.

U.S. Attorney Stephen Muldrow of the District of Puerto Rico said the strike force has seized more than 17,000 kilos of cocaine and charged 82 people since October 2020. 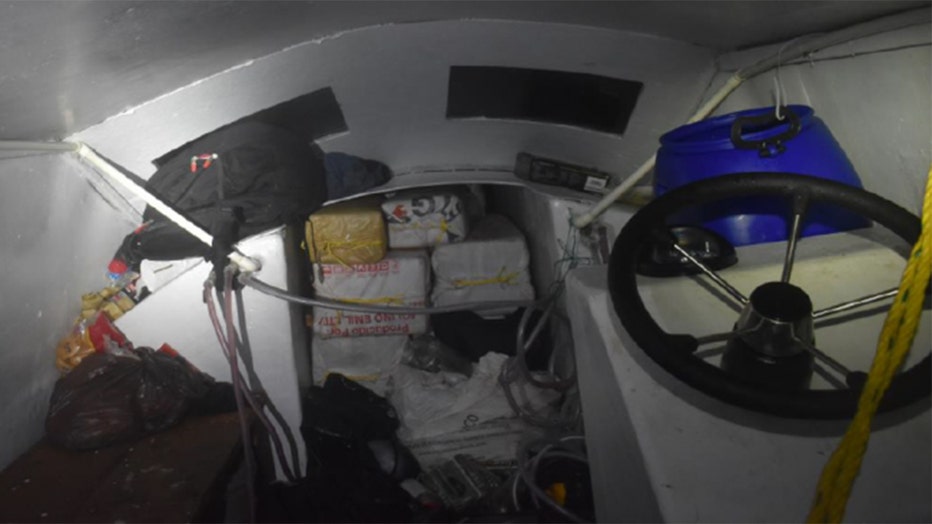 Federal agents found bales of cocaine inside a semi-submersible vessel near Puerto Rico, April 8, 2021. (Via U.S. Customs and Border Protection)

"The CCSF will also continue to pursue the command and control elements of the transnational criminal organizations involved in these drug trafficking and related money laundering activities," Muldrow said in a statement. "Rest assured that we are steadfast in our resolve to protect our borders and our community from these criminal cartels."

FROM THE ARCHIVE: Narco-sub interception