Twitter owner Elon Musk sparked outrage in the media after journalists from CNN, The New York Times and other outlets were temporarily locked out of their Twitter accounts. He later claimed that journalists were "doxxing" him and his family, basically sharing what he called "assassination coordinates" and giving the real-time location of possibly the most famous person on the planet. The controversy started with the suspension of @ElonJet, an account that exclusively tracked Musk's private jet usage.

Elon Musk has reinstated the Twitter accounts of several journalists who were suspended Thursday without warning.

Musk tweeted late Friday that the company would lift the suspensions following the results of a public poll on the site. The poll showed 58.7% of respondents favored a move to immediately unsuspend accounts over 41.3% who said the suspensions should be lifted in seven days.

The company has not explained why the accounts were taken down. But Musk took to Twitter on Thursday night to accuse journalists of sharing private information about his whereabouts, which he described as "basically assassination coordinates." He provided no evidence for that claim.

Many advertisers abandoned Twitter over content moderation questions after Musk acquired it in October, and he now risks a rupture with media organizations, which are among the most active on the platform. 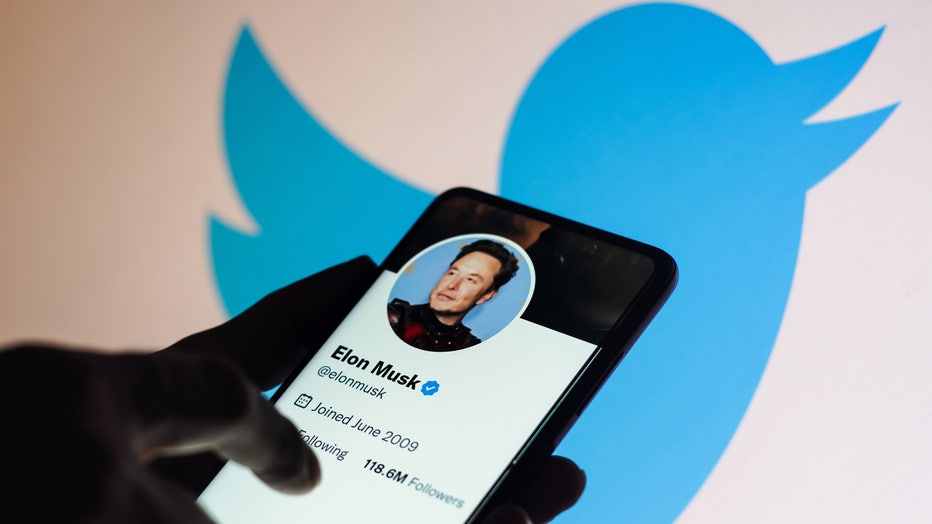 In this photo illustration, the Elon Musk Twitter account seen displayed on a smartphone and Twitter logo in the background. (Photo Illustration by Rafael Henrique/SOPA Images/LightRocket via Getty Images)

Most of the accounts were back early Saturday. One exception was Business Insider's Linette Lopez, who was suspended after the other journalists, also with no explanation, she told The Associated Press.

Lopez published a series of articles between 2018 and 2021 highlighting what she called dangerous Tesla manufacturing shortcomings.

Shortly before being suspended, she said she had posted court-related documents to Twitter that included a 2018 Musk email address. That address is not current, Lopez said, because "he changes his email every few weeks."

On Tuesday, she posted a 2019 story about Tesla troubles, commenting, "Now, just like then, most of @elonmusk’s wounds are self inflicted."

The same day, she cited reports that Musk was reneging on severance for laid-off Twitter employees, threatening workers who talk to the media and refusing to make rent payments. Lopez described his actions as "classic Elon-going-for-broke behavior."

Alarm over the suspensions extended beyond media circles to the United Nations, which was reconsidering its involvement in Twitter.

The move sets "a dangerous precedent at a time when journalists all over the world are facing censorship, physical threats and even worse," U.N. spokesman Stephane Dujarric said.

The reporters' suspensions followed Musk’s decision Wednesday to permanently ban an account that automatically tracked the flights of his private jet using publicly available data. That also led Twitter to change its rules for all users to prohibit the sharing of another person’s current location without their consent.

Several of the reporters suspended Thursday night had been writing about the new policy and Musk's rationale for imposing it, which involved his allegations about a stalking incident he said affected his family Tuesday night in Los Angeles.

The official Twitter account for Mastodon, a decentralized alternative social network where many Twitter users are fleeing, was also banned. The reason was unclear, though it had tweeted about the jet-tracking account. Twitter also began preventing users from posting links to Mastodon accounts, in some cases flagging them as potential malware.

"This is of course a bald-faced lie," cybersecurity journalist Brian Krebs posted.

Explaining the reporter bans, Musk tweeted, "Same doxxing rules apply to ‘journalists’ as to everyone else."

He later added: "Criticizing me all day long is totally fine, but doxxing my real-time location and endangering my family is not."

" Doxxing " refers to disclosing someone’s identity, address, phone number or other personal details that violate their privacy and could bring harm.

CNN said in a statement that "the impulsive and unjustified suspension of a number of reporters, including CNN’s Donie O’Sullivan, is concerning but not surprising."

"Twitter’s increasing instability and volatility should be of incredible concern for everyone who uses Twitter," the statement added.

Another suspended journalist, Matt Binder of the technology news outlet Mashable, said he was banned Thursday night immediately after sharing a screenshot that O’Sullivan had posted before his own suspension.

The screenshot showed a statement from the Los Angeles Police Department sent earlier Thursday to multiple media outlets, including the AP, about how it was in touch with Musk's representatives about the alleged stalking incident.

"I have been highly critical of Musk but never broke any of Twitter’s listed policies," Binder said in an email.

The suspensions come as Musk makes major changes to content moderation on Twitter. He has tried, through the release of selected company documents dubbed "The Twitter Files," to claim the platform suppressed right-wing voices under its previous leaders.

He has promised to let free speech reign and has reinstated high-profile accounts that previously broke Twitter's rules against hateful conduct or harmful misinformation. He has also said he would suppress negativity and hate by depriving some accounts of "freedom of reach."

Opinion columnist Bari Weiss, who tweeted out some of "The Twitter Files," called for the suspended journalists to be reinstated.

"The old regime at Twitter governed by its own whims and biases and it sure looks like the new regime has the same problem," she tweeted "I oppose it in both cases."

If the suspensions lead to the exodus of media organizations that are highly active on Twitter, the platform would be changed at the fundamental level, said Lou Paskalis, longtime marketing and media executive and former Bank of America head of global media.

CBS briefly shut down its activity on Twitter in November due to "uncertainty" about new management, but media organizations have largely remained on the platform.

"We all know news breaks on Twitter ... and to now go after journalists really saws at the main foundational tent pole of Twitter," Paskalis said. "Driving journalists off Twitter is the biggest self-inflicted wound I can think of."

The suspensions may be the biggest red flag yet for advertisers, Paskalis said, some of which had already cut their spending on Twitter over uncertainty about the direction Musk is taking the platform. 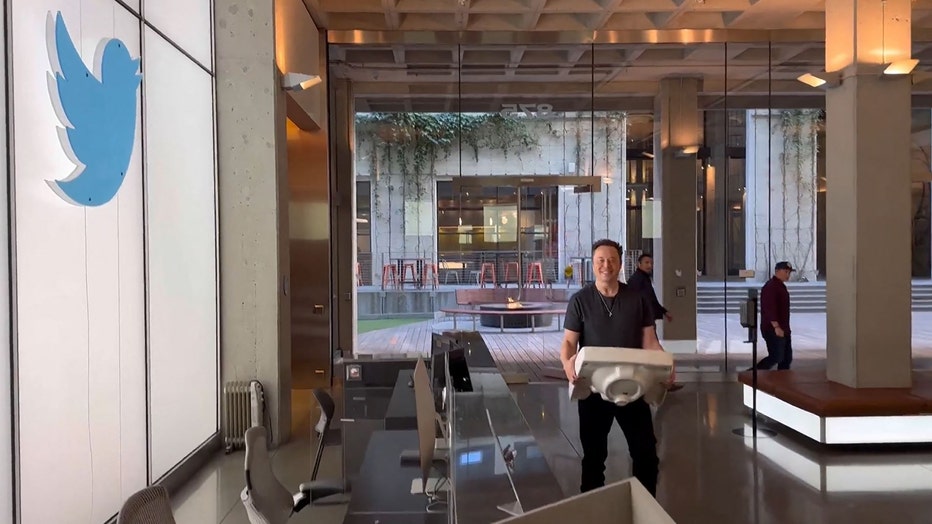 "It is an overt demonstration of what advertisers fear the most — retribution for an action that Elon doesn’t agree with," he added.

On Thursday night, Twitter's Spaces conference chat went down shortly after Musk abruptly signed out of a session hosted by a journalist during which he had been questioned about the reporters' ousting. Musk later tweeted that Spaces had been taken offline to deal with a "Legacy bug." Late Friday, Spaces returned.

Advertisers are also monitoring the potential loss of Twitter users. Twitter is projected to lose 32 million users over the next two years, according to a forecast by Insider Intelligence, which cited technical issues and the return of accounts banned for offensive posts.

Mastodon on Friday had more than 6 million users, nearly double the 3.4 million it had on the day Musk took ownership of Twitter. On many of the thousands of confederated networks in the open-source Mastodon platform, administrators and users solicited donations as disaffected Twitter users strained computing resources. Many of the networks, known as "instances," are crowd-funded. The platform is designed to be ad-free.