The man who is accused of stabbing two employees at a NYC museum was arraigned.

NEW YORK - The suspect arrested and accused in the shocking stabbings of two workers at the Museum of Modern Art in Midtown Manhattan last March has been charged with two counts of attempted murder and two counts of assault.

Gary Cabana, 60, was picked up at a Greyhound Bus terminal in Philadelphia back in March after being spotted sleeping on a bench in the Center City area. He was charged with arson for setting fire to a hotel room where he had been staying. Charges against Cabana in the stabbings were pending while he was in the process of being extradited back to New York City.

Cabana offered no explanation as to why he stabbed two employees at the MoMA. He claimed he was framed by museum employees.

"Around 6 p.m. Monday evening, six District Police and Philadelphia Fire Department responded to a fire at the Best Western hotel on the 1200 block of Fine Street," said Philadelphia Police's Scott Small. "There was a fire in one of the hotel rooms on the fifth floor."

A day earlier, the NYPD converged on St. Francis of Assisi Church on West 31st Street on Monday after a 911 caller thought they had spotted Cabana. It turned out to be a false alarm.

Police released surveillance camera video showing a man they say is Cabana jumping over a counter and stabbing two employees after they told him his membership had been terminated.

Cabana has been playing a cat-and-mouse game with police since the stabbings at the museum. He has been taunting police on his social media accounts, claiming the museum employees framed him. He also said he is bipolar. 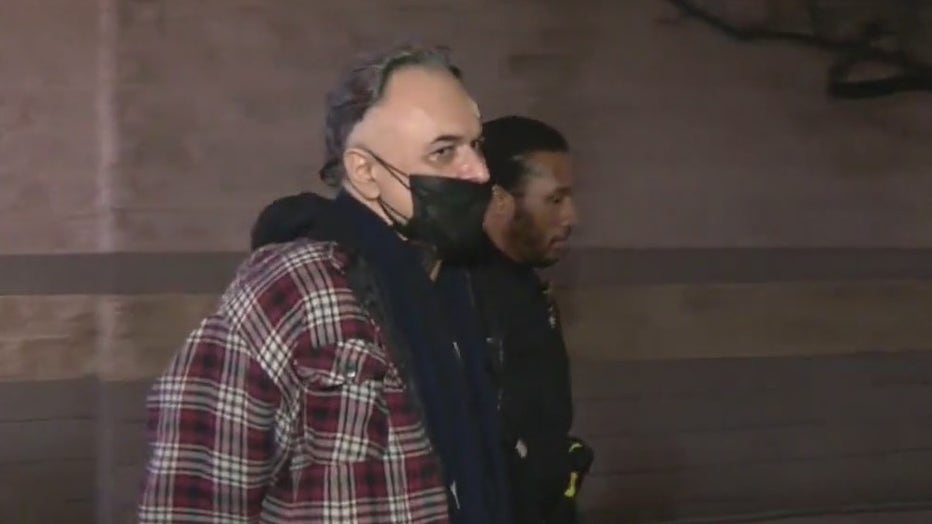 The suspect in the shocking stabbings at the Museum of Modern Art was arrested back in March in Philadelphia, police said

Cabana has a history of violent outbursts, police said. He apparently lost his job as an usher at Broadway's Nederlander Theatre.

A police source said Cabana later punched a manager who escorted him out when he showed up to see a performance. The source also said an aggravated harassment complaint was filed against Cabana for sending a series of threatening emails starting last November to a female union representative after losing his job.