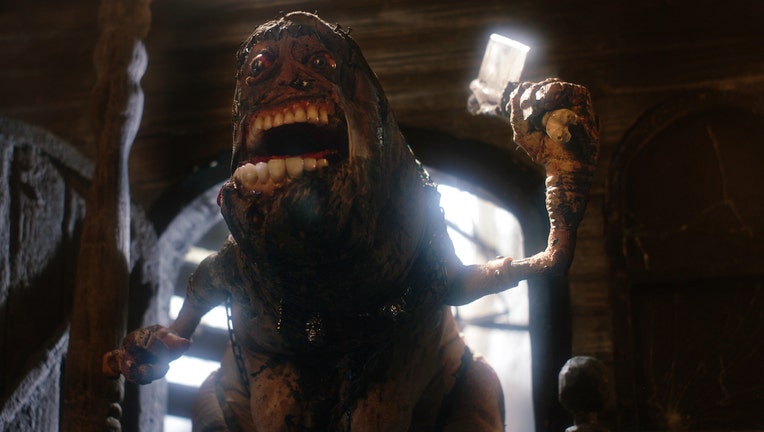 Chicago - Special effects maestro Phil Tippett has lent his hand to some of the most iconic sci-fi and fantasy films of all time: "Star Wars", "Jurassic Park", "Starship Troopers," the list goes on. But all the while — for the past 30 years, specifically — he’s been honing and fine-tuning his passion project, "Mad God," a visual nightmare of blood, bones and viscera that must be seen to be believed. Now that it’s on horror streamer Shudder, you finally can, and you should — but maybe don’t eat first.

WATCH FREE ON TUBI: "Star Wars: Behind Closed Doors" — get the app

About "Mad God": A decree of godly ruin 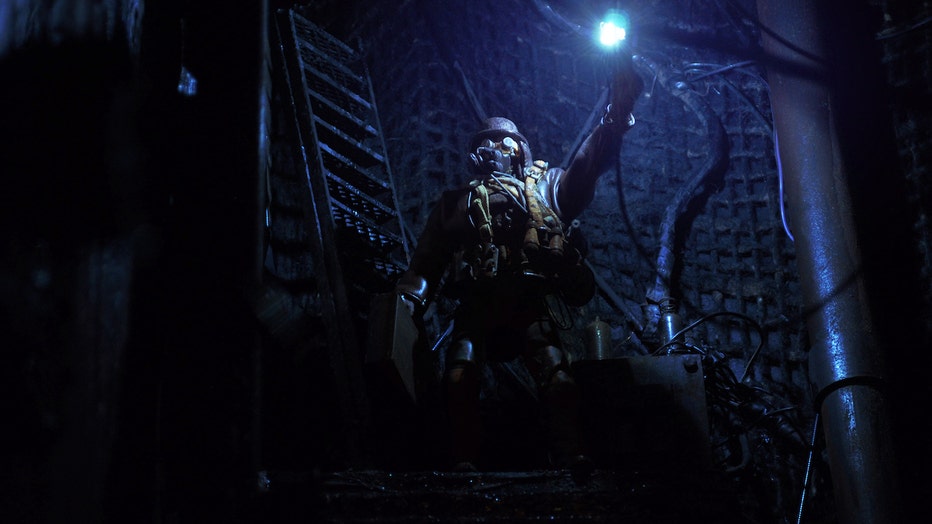 Don’t expect a straightforward narrative, or even dialogue, in Tippett’s mostly-animated "Mad God." This is pure visual storytelling, conveyed through a wordless mix of stop-motion animation, puppetry and a few select moments of live-action. What story there is centers on a few major figures — most notably a character called The Assassin (credited to three different voice actors), a gas-masked observer who descends via capsule into a hellish, post-apocalyptic world.

His mission, it seems, is to set off a bomb in the middle of the place; whether he’ll get there, or if the rules of the world will even honor the tick-tock of the bomb’s timed detonator, is another question.

The audience walks alongside The Assassin from one haunting visual to another, sneaking past creature after gloopy creature as they kill, die and consume (or are consumed by their nightmare landscape). This is a place of abject ruin, a world feeding off itself in the most gruesome, grotesque ways: Rows of men strapped to electric chairs are constantly jolted, their bowels streaming down into the mouth of a giant bio-mechanical creature, in one of the film’s most shocking visuals.)

But it’s not long before we leave The Assassin and encounter other denizens of this Lovecraftian inferno. There’s the Last Man (played by "Repo Man" director Alex Cox), who seems to be in control of the various Assassins he sends down into the abyss. A nurse (Niketa Roman) finds herself caring for an odd, tentacled robo-baby that would make even Rob Bottin, another VFX master and the prosthetics whiz behind "RoboCop" and "Total Recall," wince. Before long, it’s clear that "Mad God" is less about charting a path through the darkness than simply reveling in it.

WATCH FREE ON TUBI: George A. Romero’s "Season of the Witch" — get the app 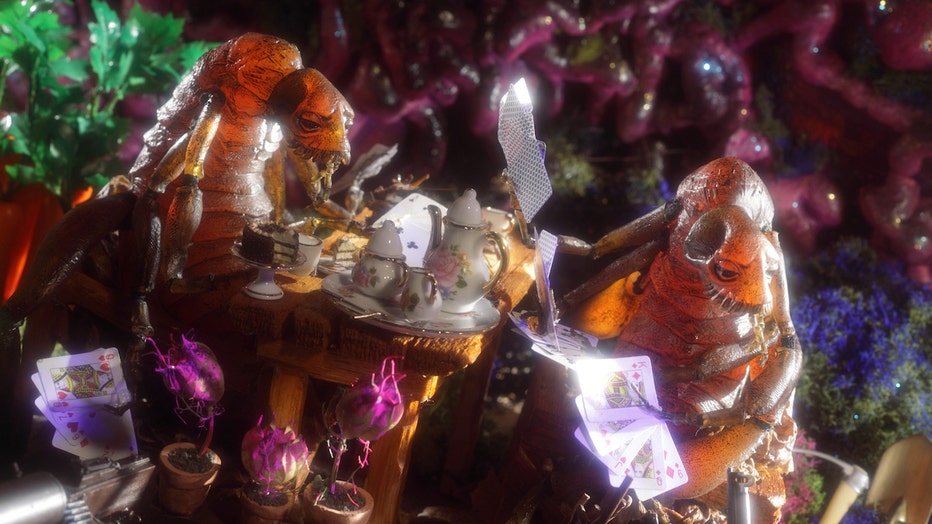 Aesthetically, "Mad God" sits somewhere between the animation of directing duo the Brothers Quay and a Nine Inch Nails music video. Chris Morley’s cinematography cloaks any possible imperfections in Tippett’s expert animation with darkness and texture; everything looks as if you could reach out and touch it, though you might not like the sound it makes when you do.

And then there are the creature and set designs themselves, which seem to have leapt straight out of whatever notebook Tippett’s been scribbling in for the last three decades. Lumpy maggot-eaters, spindly black spiders and featureless, mass-produced humanoids made of excrement roam each level of this hellscape — all meat for the grinder, instruments in the filmmaker’s symphony of suffering.

That’s really the overriding feeling "Mad God" instills in its audience: abject despair. It’s maybe one of the most purely terrifying movies this critic has ever seen, simply by virtue of its commitment to nihilism. Light and hope are rarities; nothing is grand, nothing beautiful stays. Life exists only to kill and eat other life, mimicking the consumptive nature of capitalism. The movement of every single being in this world looks like it causes immense pain. If Smell-O-Vision were still a thing, "Mad God" would be the most putrid, odorous motion picture in recent memory. 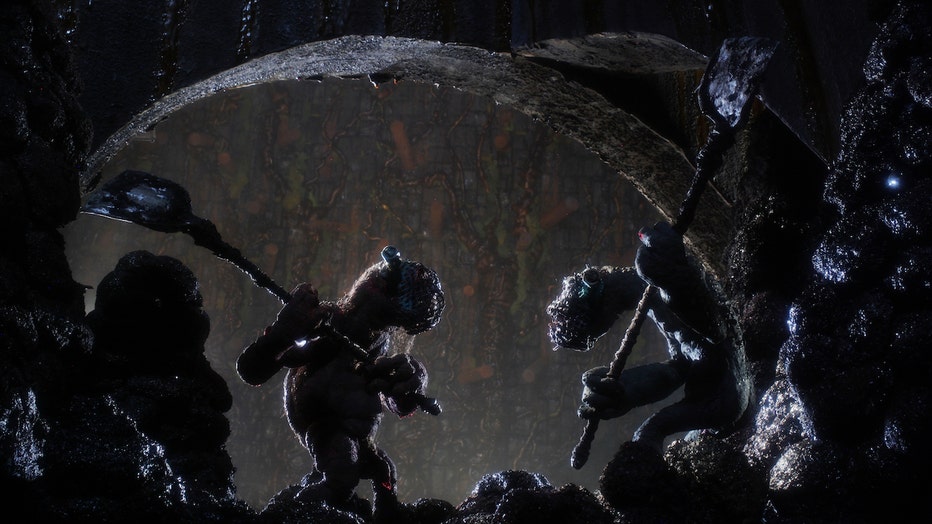 In interviews, Tippett has said that "Mad God" was actually a project he "hated working on;" and yet, here it is, 30 years of sweat and blood and clay later, a testament to the exquisite pain of artistic endeavor. The film opens with a passage from Leviticus, a particularly gruesome book of the Bible, with all its talk of "godly ruin" should the world reject its creator. If Tippett is the titular "Mad God," then this project is his means of processing his frustration, delighting in the destruction of his creations.

Still, there’s a sick beauty in all the madness, from the painstaking effort of Tippett’s work to the bizarre clarity of his mission. "Mad God" is a tale of a world eating itself alive just to keep moving, as ghoulish a metaphor for capitalism as we’ve seen in years. It’s also a film about the toll that artistic creativity can exact on the artist’s health and sanity, an 85-minute real-time representation of Tippett’s struggle to get the thing made in the first place.

You may lose your lunch, or get fully engrossed in Tippett’s self-flagellating process. You may even do both at once. But in the final, kaleidoscopic minutes of "Mad God," you might just find a glimmer of hope that we, too, can make a new world from the dungheap of the old.

Make it a double feature with "Devil’s Revenge," streaming free on Tubi

Okay, raise your hand if you don’t want to watch an archaeologist (William Shatner) who is "plagued by visions of a bird-like creature" discover a portal to actual Hell in a cave. Rated TV-14. 98 minutes. Dir: Jared Cohn. Also featuring Jeri Ryan, Jason Brooks.

How to watch "Mad God"

You can catch "Mad God" in select screenings across the country scheduled from June 10 to November 4. It’s also streaming on Shudder and AMC+.