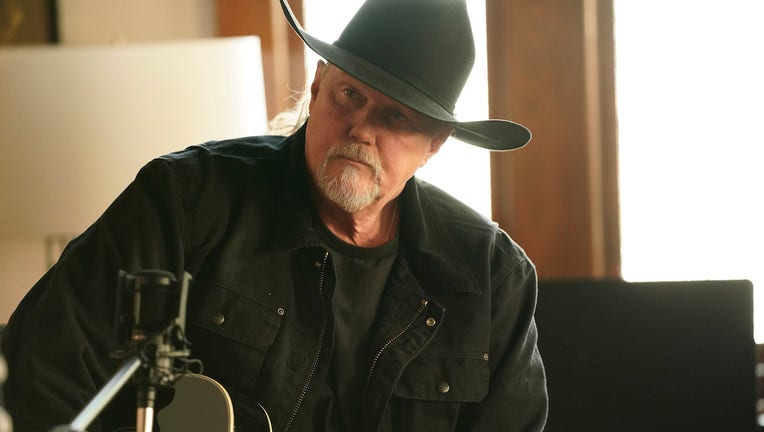 CHICAGO - Welcome back to "Monarch" recaps! In this week’s episode, "Not Our First Rodeo," Nicky and Gigi compete to launch a new song at the Austin Founding Days Rodeo, while Albie and Luke’s father/son tension reaches bullish new heights. Miss a week? You can read our recaps and watch On Demand, on FOXNow or on Hulu. This television station is owned by the FOX Corporation.

On this week’s "Monarch," the Roman family grab the bull by the horns. Literally. And though only one of them winds up in the hospital, when it comes to emotional fractures, no one escapes unscathed.

We do, however, get to watch Nicky claim her power in a red fringed jumpsuit at a rodeo performance capped off by glitter confetti canons. So there’s still plenty of fun to be had, even in an episode that mostly lassos up the Roman family’s long-standing conflicts.

RELATED: ‘House of the Dragon’ 101: That time jump (and those kids), explained

Two queens and a princess 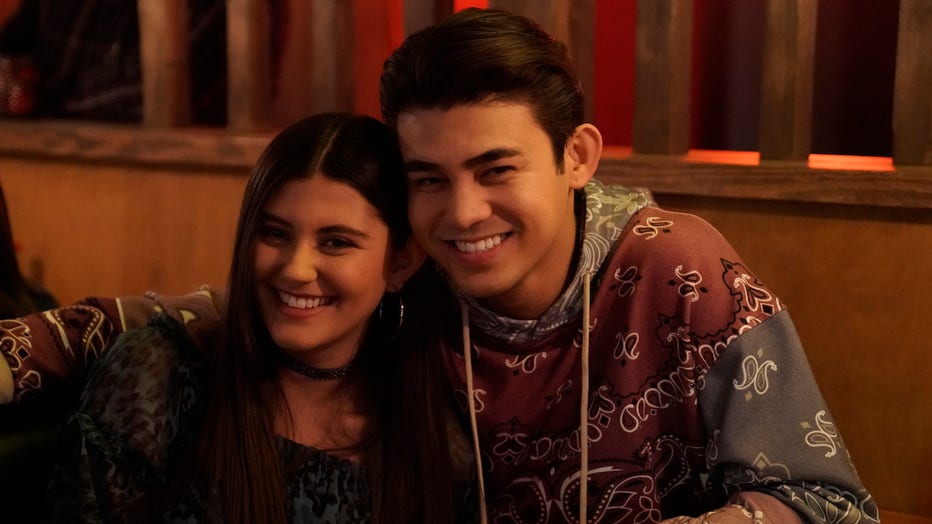 Before we get to the rodeo of it all, however, Ana Phoenix (Emma Milani) gets a moment in the spotlight as the Romans throw a party to celebrate signing her to Monarch Records. It’s a sweet sequence befitting her role as country music’s newest princess — especially once she seizes the opportunity to perform a cover of Harry Styles’ "Watermelon Sugar" with her potential love interest Ace (Iñigo Pascual).

With all the family drama going on elsewhere, it’s nice to have two talented teenage lovebirds to root for. Could they be Gen Z’s new country music power couple? If so, let’s hope their relationship is a little less complicated than the one between Ace’s grandparents, Albie (Trace Adkins) and Dottie (Susan Sarandon).

WATCH FREE ON TUBI: Susan Saradon in "Bull Durham" — get the app

Speaking of Dottie, her legacy once again looms large over this episode as her daughters Nicky (Anna Friel) and Gigi (Beth Ditto) continue their competition to be the next Queen of Country. Their stage this week is the Austin Founding Days Rodeo, where Dottie traditionally debuted a new single each year. When Albie declares that both of his daughters will get the chance to perform, the stakes immediately snap into focus: Whichever Roman sister steals the rodeo show will get a big leg up in their ongoing rivalry. 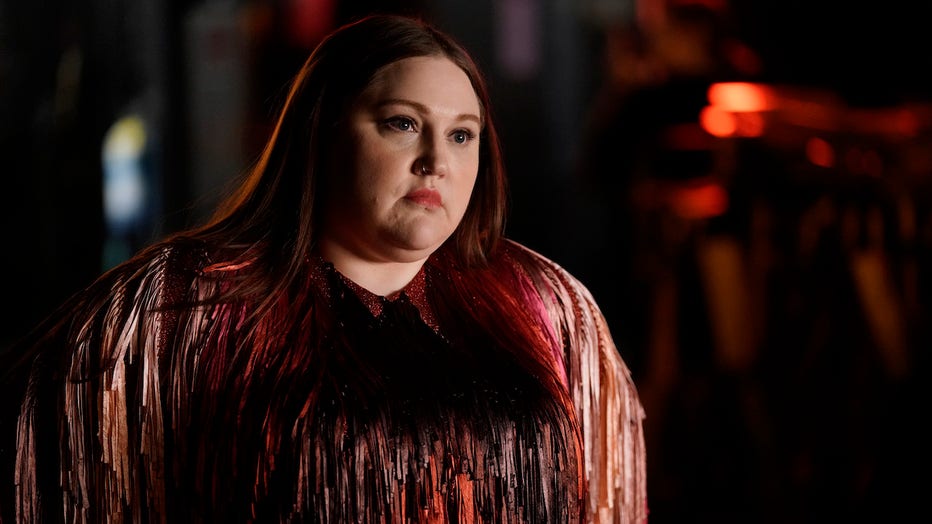 While Gigi sets about getting a style makeover for the high-profile gig, Nicky heads to Nashville to try to find the perfect new song — only to wind up falling into bed with hot young singer Wade Stellings (Callum Kerr) instead. (Good for her!!) But things take a turn for the dramatic when she discovers that Gigi is planning to perform their mom’s unreleased ballad, "God Knows." (You know, the one Dottie hid on a USB stick in the heel of a cowboy boot.)

Nicky is rightly pissed that Gigi claimed the song without asking first, especially when Gigi is clearly keeping the choice a secret. ("Game on, little sister," Nicky fumes to herself.) It doesn’t help that the whole thing reminds Nicky of the time her mom (Eva Amurr as young Dottie) stole the song that was supposed to be Nicky’s breakout single. (In this universe, "Breathe" is apparently a Roman-family original, not a Faith Hill hit.)

WATCH FREE ON TUBI: "America's Sweethearts: Queens of Nashville" — get the app

Still, it’s Nicky who takes the sisterly rivalry from a simmer to a full-on boil when she decides to steal Gigi’s song and her performance slot, as she wows the rodeo crowd with her power-ballad rendition of "God Knows." "That b-tch stole my song," Gigi vents (which, sidebar, would make a great country song title) before telling Nicky she’s just as selfish and ruthless as their mom ever was. Game on, indeed.

A country king and his prince 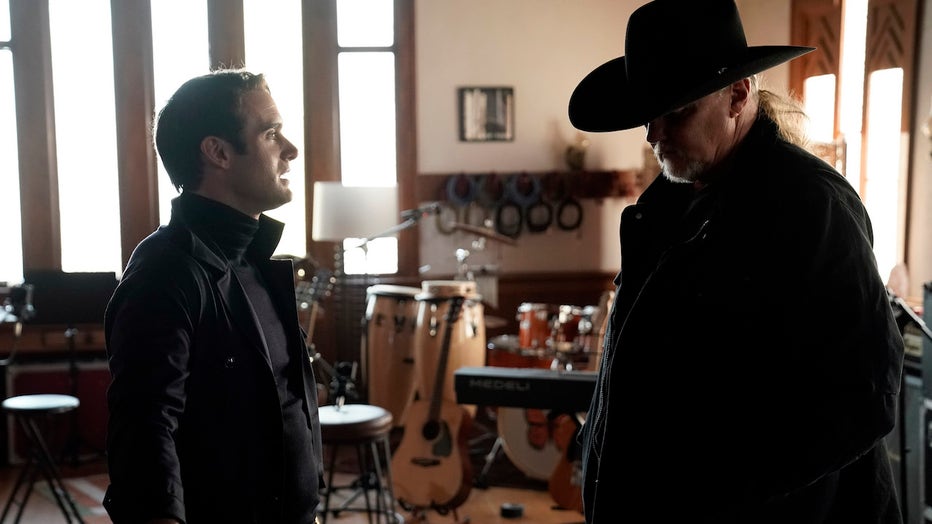 But the Roman sisters aren’t the only ones in conflict this week. "Not Our First Rodeo" also digs back into all that simmering tension between Albie and his son Luke (Joshua Sasse) — a conflict that makes it easy for music producer Jamie Burke (Damon Dayoub) to swoop in and try to take control of Albie’s career.

Admittedly, Albie and Jamie do sound great together on a cover of "Mammas Don't Let Your Babies Grow Up To Be Cowboys," and Jamie makes a convincing case that Albie needs a manager who will push him to new heights, not let him rest on his laurels. But is that enough to tempt Albie to upend things at his family's company?

We don’t know yet because Luke throws the Roman family into even more chaos when he impulsively decides to enter a bull riding competition in hopes of finally earning his dad’s love and respect — only to get violently thrown from the bull instead. (To be fair, he hangs on longer than a lot of people could.) After Luke’s doctor takes the longest pause imaginable between "there was more internal bleeding than we anticipated" and "but he came through fine," Albie realizes he should at least tentatively make amends with his injured son.

But the drama doesn’t stop there as Gigi’s cheating wife Kayla (Meagan Holder) finally tells Luke she’s pregnant with his baby. If Gigi is this pissed with Nicky over some song drama, we can only imagine how she’ll react when she finally finds out what’s been going on with her wife and her brother.

Speculation corner: How to get away with murder

Speaking of drama, there are plenty of new developments on the murder mystery side of "Monarch" too, as the show barrels towards its ominous flashforward timeline (which is now only two months away, instead of three). The good news is, Albie didn’t murder his own son, as Luke pops up in the flashfoward as other shell-shocked conspirator in this dark family plot. The bad news is, well, there’s a missing dead body and a closet full of bloody evidence that needs to be burned. 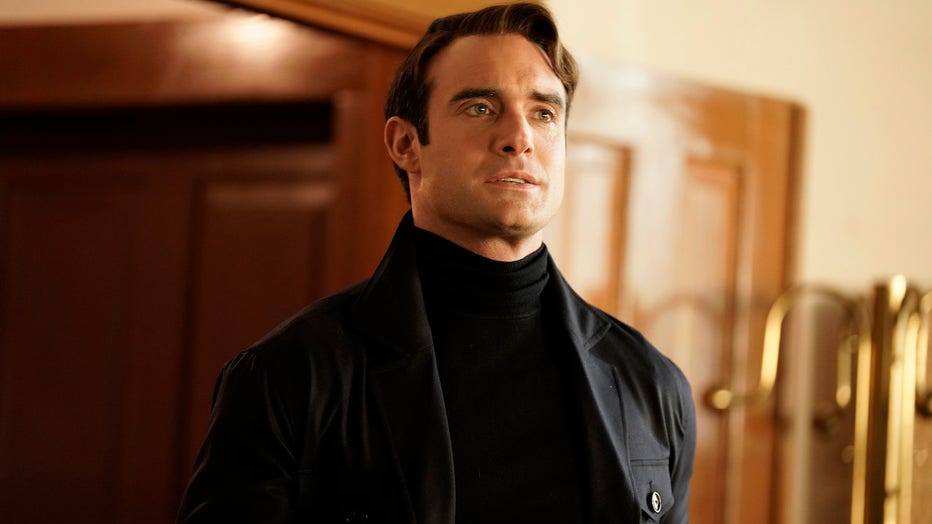 So who’s the victim? Well, as we guessed last week, it could be someone who knows that Nicky helped Dottie end her own life. (Assisted suicide is a felony in Texas.) Or it could have something to do with the mysterious group that spent the past five years blackmailing Dottie — and who are now demanding double from Albie.

But here’s another question: Is Albie actually the one who committed the murder? Though "Not Our First Rodeo" reveals Albie spent three years behind bars for manslaughter back in his youth, he’s also clearly protecting more than just his own self-interest in the flashfoward. Plus there’s the fact that the murder weapon seems to be a heavy glass award honoring "God Knows" as Nicky’s single of the year. That’s one way to celebrate a win.

Though we’re a little more Team Nicky than Team Gigi this week, we have to admit that Gigi’s got the better version of "God Knows" — even if Nicky’s option-up at the end of her rendition is a nice touch.

Elsewhere, we briefly get to hear both young Nicky and young Dottie take on Faith Hill’s "Breathe," while the showstopping country performances go to Albie and Jamie on "Mammas Don't Let Your Babies Grow Up To Be Cowboys" and Wade on Sam Hunt’s "Body Like a Back Road."

But we’re giving this week’s award to Ana and Ace’s catchy rendition of Harry Styles’ "Watermelon Sugar." While "Monarch" has sometimes struggled with pure pop numbers in the past, this one feels like a natural extension of these young characters and their musical tastes, with some nice harmonies to boot.

WATCH FREE ON TUBI: Harry Styles: My World — get the app

The Dolly Parton Story: From Rags to Rhinestones (2020): This one-hour documentary traces Dolly Parton’s journey from a childhood sharing a bed with several of her 12 siblings (and wearing a certain coat of many colors) to country music fame and mainstream superstardom. Rated TV-PG. 54 minutes. Documentary. Dir: Finlay Bald. Featuring: Dolly Parton, April Watts.

"The Dolly Parton Story: From Rags to Rhinestones " is streaming free on Tubi — get the app