Girl attacked by raccoon while waiting for the school bus

A mother and her young daughter are recovering from quite the scare when they were attacked by a raccoon Friday morning.

Logan MacNamara said her 5-year-old daughter, Rylee, stepped outside to wait for the school bus in Ashford, Connecticut, when a raccoon suddenly jumped on her leg.

MacNamara heard her daughter screaming and ran to see what was the matter, thinking maybe she had slammed her finger in the front door.

"I was not expecting to see a raccoon attacking her," MacNamara told video licensing agency Storyful. "If I didn’t have the video I wouldn’t be able to tell you exactly what happened, it all happened so fast."

MacNamara said the whole thing was captured on her home surveillance — including the moment she grabbed the raccoon by the scruff and flung it across the yard. 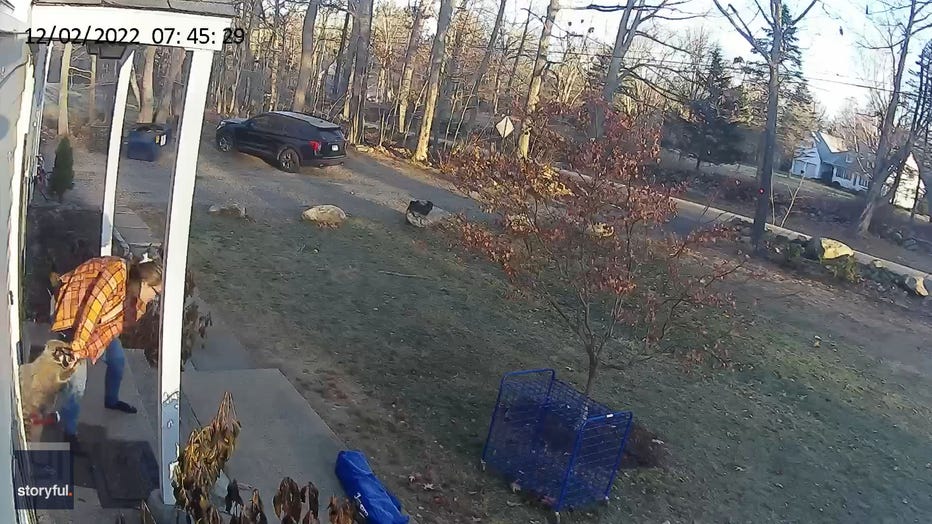 The video shows the raccoon quickly latch onto Rylee’s leg, who then screams and attempts to shake the animal off.

MacNamara rushes outside to help her daughter, grabbing onto the animal by the scruff of its neck. She’s able to separate the animal and her daughter, and at one point can be seen holding both of them — each in a different arm. 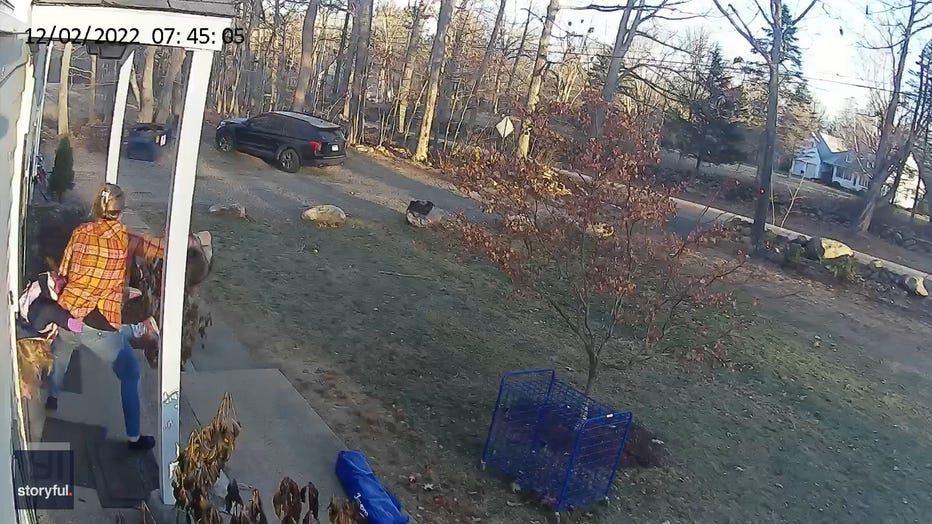 "Go inside! Get in the house!" MacNamara can be heard yelling.

Once her daughter is inside she throws the animal into her yard where it can be seen waddling away.

MacNamara shared the video on her Facebook at the request of her daughter to "show everyone what the raccoon did." Many commented on and complimented her quick thinking.

"What strength we get when our kids are involved!" one woman said.

"Hope you girls are both ok! This scared my mama heart! On a side note-that arm ... mama strength is no joke!" said another alongside the muscle emoji.

MacNamara told Storyful that Rylee has a few puncture wounds and said they both have scratches, but that they are doing OK.

She said Rylee, who normally wears leggings, was wearing jeans and she believes this helped prevent her from being more seriously injured.

Both will be receiving rabies vaccines over the coming weeks as a precaution. Daytime activity and aggression could be signs of the viral disease, though the raccoon hasn’t been able to be found again for testing.