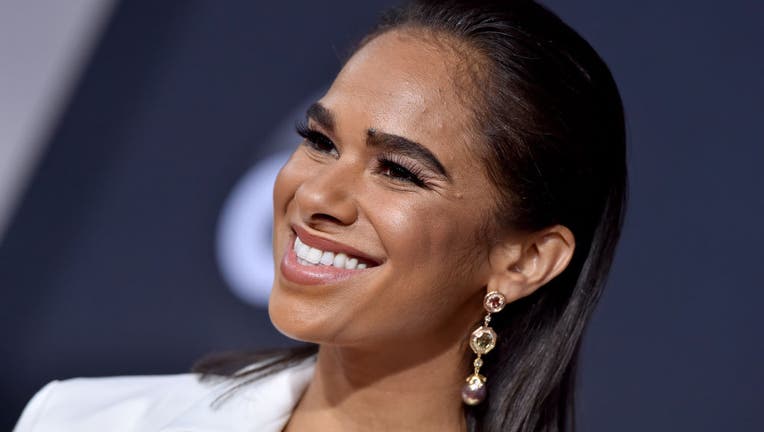 NEW YORK - No other ballet dancer has crossed over into mainstream popular culture quite like Misty Copeland.

That was Copeland at the recent American Music Awards, dancing a passionate duet with partner Craig Hall as Taylor Swift sat at the piano singing her hit “Lover.”

She’s also working on a new silent film with her production company, focusing on homelessness in California. And a Hollywood biopic is in the early stages.

Now Copeland, who leaped to fame in 2015 as the first black female principal dancer at American Ballet Theatre, is the latest celebrity to host an online MasterClass, alongside Anna Wintour, Aaron Sorkin, Annie Leibovitz, Ron Howard, Natalie Portman and others.

Copeland sat down with The Associated Press recently to talk about the new series and to look back at her career, including the time spent with one of her favorite mentors: the late rock star Prince, whom she credits with teaching her to embrace her uniqueness rather than worry about blending in. The interview has been condensed for length.

AP: Your class is primarily about ballet technique. But what else do you hope to teach?

Copeland: A lot of people don't typically look at ballet dancers as athletes, and we are. And so those components, you know, your mental health, your confidence, understanding and being able to use your life experiences to be an artist. All of those ... elements are just as important as the technique that we learn since we were children. You know, dancers aren't just up there twirling around. It looks so effortless, because we work at it for so long to make it look that way. But on top of it, you have to be an incredible actress. You have to have an understanding of adapting in the moment ... you have to be very self-aware, present, vulnerable, all these things. And so it was just as important for me to speak about my life, my background, the obstacles that I've had.

AP: Not many people can dance ballet. What’s universal about it?

Copeland: At the end of the day, we're all human beings. It’s always been really important for me to be extremely open ... I’ve learned more about myself and grown, and I think other people can benefit. It's so important, I think, especially for young kids to have an understanding that they're not alone in that celebrities and principal dancers receive the same type of judgment or criticism.

AP: Some people think that once you danced the lead in “Swan Lake” in 2015 and then became a principal, everything was happily ever after.

Copeland: (laughs) Once I became a principal dancer, a lot of people looked at it like, ‘Oh, OK, that's done. Like we've moved, we've grown, there’s no more racism in ballet or in the world.’ We're SO far from that ... and it's been a tough journey. When the spotlight’s on you and there's just so much pressure for you to perform at the top every single time you're out there. So I went through a very difficult time experiencing the criticism that I got (around) “Swan Lake.”

AP: You tell a story about being dissed online at one point for not being able to perform the 32 fouetté turns in a performance of “Swan Lake,” and doing a different step instead.

Copeland: Yes, someone filmed it in the theater and then posted it on YouTube. I’ve experienced a lot of ridiculous hate online. But this was another level ... I've looked back at that clip of that show, and I remember just being devastated. But looking back, I don't see anything wrong with it, you know? That (32 turns) was not even the original choreography. I love to perform, because it's telling a story through movements. So whatever it is you're doing, you want the audience to feel it, not just come to the theater ... and wait for 32 fouettés that last like 30 seconds.

AP: In the class, you have a chapter on Prince, one of your most valued mentors.

Copeland: When Prince first reached out to me, I just didn't really understand. I was completely being trusted to go onstage with him, not even knowing what I was going to do. And it empowered me in a way that was shocking. ... He used to say to me, ‘Throw on these golden crazy boots.’ And I'm like, ‘I'm a ballerina!’ He's like, ‘No, you're a rock star! You're never going to be this ideal image of what a ballerina is. And that's amazing. Use your power, your uniqueness, and ... if it's coming from an honest place, people are going to love it.’ I feel like I grew in leaps and bounds from that time we spent together.

AP: When you started dancing principal roles, there were suddenly very diverse crowds coming to ABT performances. Do you think that will last beyond the “Misty effect”?

Copeland: It's for a bigger purpose. It's not like, oh, just come see Misty and then when she retires that goes away. For me, it's (about) bringing in people that have not felt welcomed or accepted in these spaces. And I know once they're in the door, they'll fall in love with it. It’s introducing the next generation, showing them that ballet is still alive.

AP: You’re only 37, but ballet is for the young. What do you see yourself doing 10 years from now?

Copeland: Oh my God. There's no way I could tell you, even (what I’ll be doing) a year from now. Whenever I look back, I'm like, what? How did I end up doing all these amazing things? How is this happening to this little peanut who was sleeping on the floor of a motel at 13? Now I'm traveling the world and dancing on the most unbelievable iconic stages, and just living this unbelievable dream.