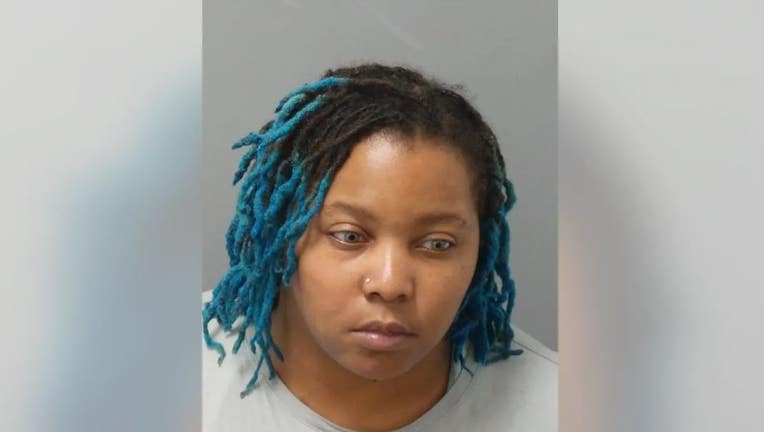 Police arrested a Missouri woman after she tracked down her stolen car and killed two men outside a gas station for the alleged theft.

Demesha Coleman, 35, was charged Thursday with two counts of murder, one count of assault and three counts of armed criminal action after shooting and killing Darius Jackson, 19, and Joseph Farrar, 49.

Police found Farrar next to a gas pump with a gunshot to the torso and Jackson was on the ground next to the car, also shot in the torso.

A third man sustained a gunshot to the head during the shootout, but survived, according to the St. Louis Post-Dispatch. It remains unclear which of the three men, if any, may have stolen the vehicle.

Coleman approached a Hyundai Tucson at a St. Louis Speedie Gas station Wednesday night with a man who was also carrying a weapon, police said after examining surveillance footage. Coleman opened the door with her gun raised and started shooting.

Coleman told detectives during a recorded interview that she went to the gas station to recover her stolen vehicle. She had no prior criminal history.

Thefts of Kia and Hyundai vehicles have spiked this year after a TikTok trend showed users how to use a USB cable to hot wire the vehicles. The number of thefts that police and parents have attributed to this trend prompted a class-action lawsuit against the carmakers.

"They’re very easy unfortunately to steal," Buffalo Police Commissioner Joseph Gramaglia said in October when addressing the deaths of four teenagers who had allegedly stolen a Kia Sportage and crashed it in upstate New York, the Independent reported.

"You can look up the information that’s been put out there," Gramaglia continued. "There are numerous cities across the country that are looking at looking into or have filed lawsuits against Kia because of the ease that they are able to steal these cars."