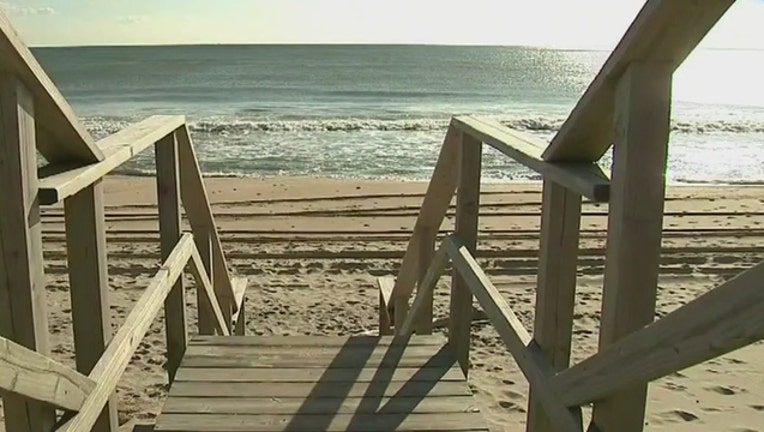 The Atlantic Ocean seen from a beach in the Hamptons. (FOX 5 N Y file photo)

AMAGANSETT, N.Y. (AP) - A swimmer who disappeared in the surf off the Hamptons has been found dead in the sea, authorities said.

The body of Byron Dong Ha Kim was found Thursday in the Atlantic Ocean off Amagansett, about a half-mile east of where he was last seen swimming with friends near a resort at midday Tuesday, East Hampton Town Police said. He was 23 and lived in Brooklyn.

Witnesses saw him and another man seeming to struggle in the surf and then going under, police said. One man was rescued and taken to a hospital.

Authorities searched the waters through Wednesday and said they would continue looking for him along the shoreline.

The Suffolk County Medical Examiner's Office is to determine what caused his death.