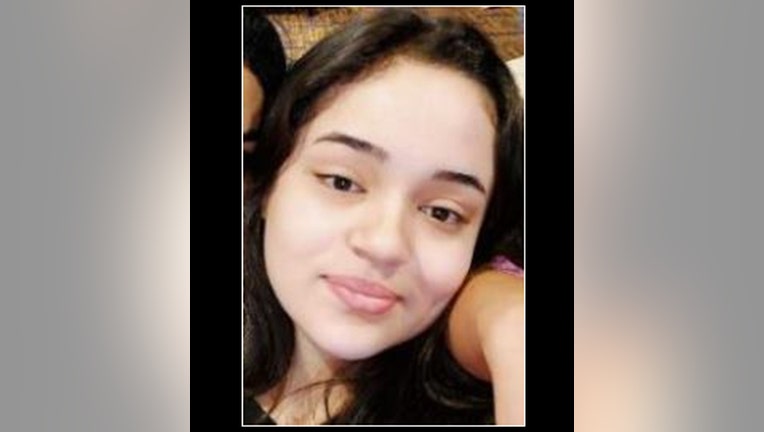 Authorities issued a Missing Child Alert on Thursday for the teenager from Manhattan who was believed to be in imminent danger.

Maria had been last seen on 8th Avenue and 50th Street in Hell's Kitchen at about 4:30 p.m. on Wednesday. She was believed to be suicidal, authorities said.

Authorities described Maria as 5 feet 5 inches, about 125 pounds, and with black hair and brown eyes.

A Missing Child Alert is activated when someone under the age of 21 is missing and believed to be in danger due to special circumstances — such as cognitive impairment or medical condition — that place them at serious risk of harm or death, according to the New York State Missing Persons Clearinghouse.

You can view a list of missing children here. Many have been missing for several years. 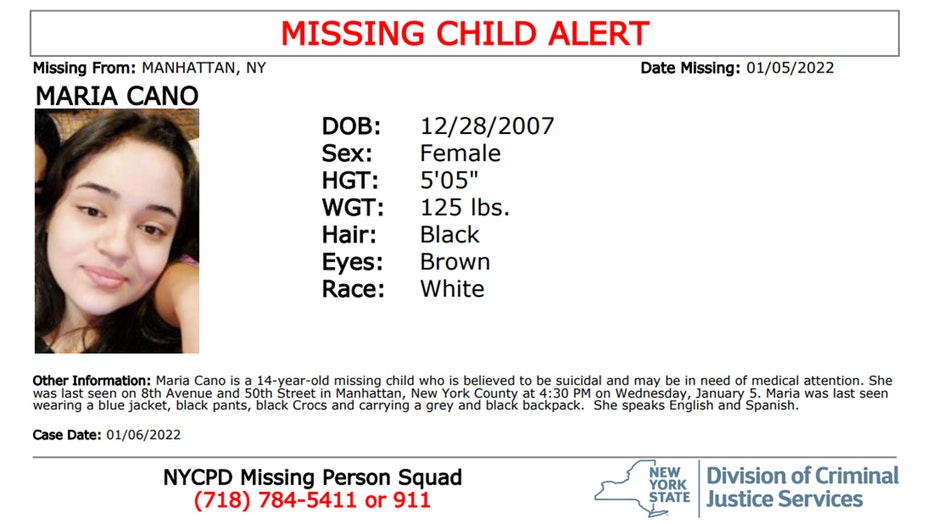