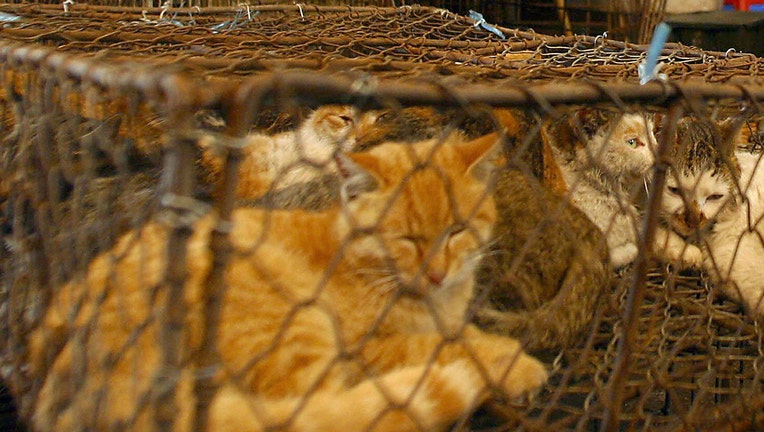 FILE - Various animals including cats are one sale for their meat at a market in Guangzhou, southern China's Guangdong province 23 January 2005.(Photo by STR/AFP via Getty Images)

A livestock market in China was reportedly closed after a pet owner traced a missing cat there using GPS.  It happened at the Yuanhui Livestock Trade Market in Southern China.

The Pengjiang district government reportedly investigated after receiving a warning from animal-cruelty activists that stolen cats were being sold.

The Beijing News reported that the cats were given health checks and then giving to an animal care group.

Dogs were also rescued from the market but it was unclear what happened to them.

A cat owner in Shanghai used GPS technology to track the cat and located it 1,500 kilometers away at the market.

Police told The Beijing News that an investigation was continuing but they could not yet prove the animals were going to be slaughtered and sold as animal meat.