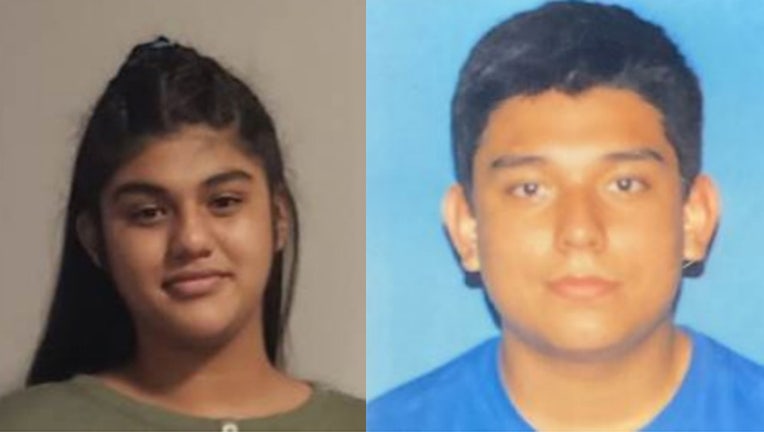 NEW YORK - Two teenage cousins who went missing from their respective homes on Long Island earlier this week have been found safe and sound.

"Freddy Turcios-Funes and Alexandra Baca-Funes have been located unharmed," the Suffolk County Police Department said in a news release. The police did not provide further details.

On Tuesday morning, Turcios-Funes, 16, of Deer Park, and Baca-Funes, 13, of Bay Shore, were gone from their bedrooms, family members told police.

Police issued an alert about the missing cousins, saying they had expressed suicidal thoughts and were probably together.

At the time, police said the kids may have traveled to Manhattan by train. That prompted New York City authorities to issue a Missing Child Alert about them. 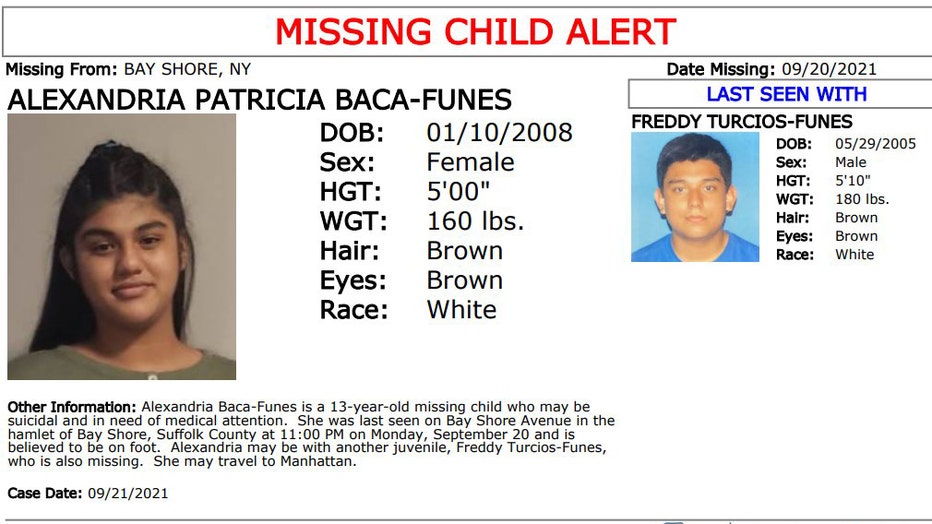 Police are asking for the public's help finding a boy and girl from Long Island who are missing and may be suicidal and in imminent danger.

CLICK HERE for the warning signs and risk factors of suicide.