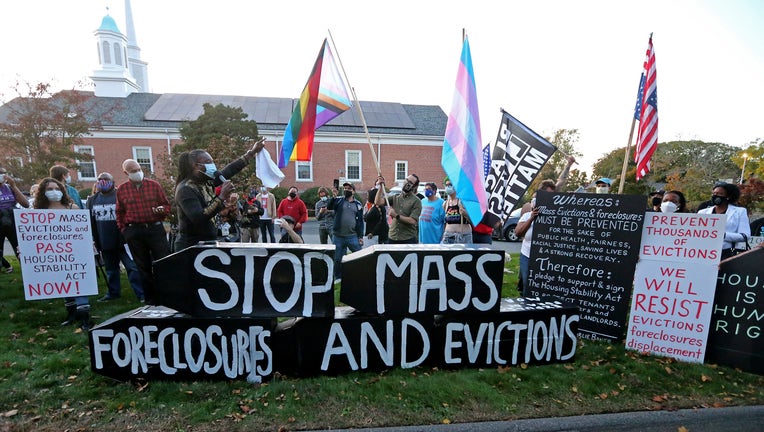 The U.S. is facing a tidal wave of evictions at the end of the year unless the federal government, in the eleventh hour, extends key pandemic-related protections for millions of renters and homeowners.

More than 5.8 million adults say they are somewhat to very likely to face eviction or foreclosure over the course of the next two months, according to a U.S. Census Bureau survey completed Nov. 9. That represents about one-third of the 17.9 million Americans who were behind on their rent or mortgage payments last month.

An order from the Centers for Disease Control and Prevention temporarily freezing evictions nationwide is slated to expire on Dec. 31 -- the same time that other key federal protections are set to lapse, including two jobless aid programs that could leave an estimated 12 million workers with no income.

And when the pandemic first took hold in the U.S., Congress passed the $2.2 trillion CARES Act, which included an eviction freeze that protected about 12 million renters in federally backed properties. That moratorium expired at the end of July.

For tenants living in privately backed properties, the eviction bans vary by state. You can check the status here.

Making matters worse for renters is that many entered the virus-induced crisis on already shaky ground. According to research from Harvard’s Joint Center for Housing Studies, about half of all American renters were cost-burdened before the crisis, meaning that more than one-third of their income went toward rent.

There are some 110 million Americans living in rental households; up to 23 million renters – or 20% – are at risk of eviction when the moratorium expires, according to an analysis by the COVID-19 Eviction Defense Project.

Even as the U.S. economy has started to gradually recover from the crisis – it's so far recovered about half of the 22 million jobs lost – data indicates that renters are still struggling to make their monthly payments.

About 28% of renters, or roughly 14.9 million Americans, have little to no confidence that they'll be able to pay their December rent, according to the U.S. Census Bureau survey.

With just eight legislative days remaining for Congress, it's unclear whether lawmakers will be able to pass another coronavirus relief deal before the end of the year.

President-elect Joe Biden has endorsed mortgage and rental relief for affected workers, including no-interest forbearance or mortgage payment relief for workers who have seen their earnings change because of the pandemic.