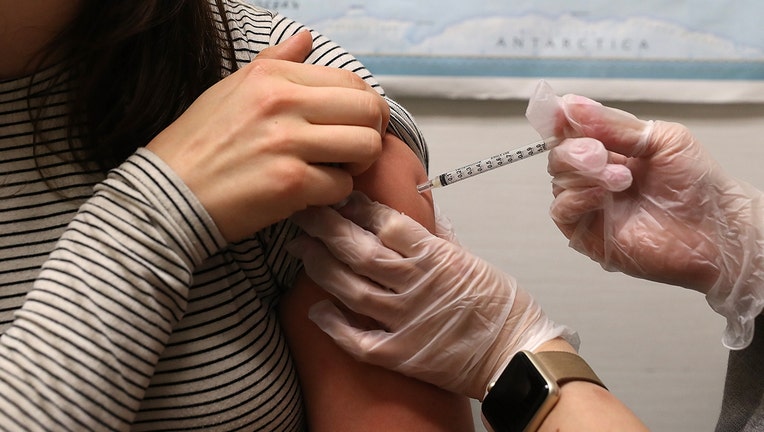 NEW YORK - A nationwide study about flu myths and misconceptions found that more than half of millennials - or people in their 20s and 30s- did not get the flu vaccine for the 2019-2020 season. Thirty-three percent of millennials responders were not planning to get one either.

Health officials point to the anti-vaccination movement as a possible reason.

The American Academy of Family Physicians found that 61 percent of millenials agree with at least some of the beliefs of the anti-vaccination movement which is higher than the national rate among adults (52%) and significantly more than baby boomers (42%).

Eighty-six percent of millennials had at least one factually incorrect belief about the flu.

This flu season could be less deadly overall, the CDC predicted. But it is hitting children especially hard.

"It is very alarming to see how people are being influenced by the anti-vax movement," said Alexa Mieses, M.D., a practicing family physician in Durham, North Carolina. "Whether they are young adults or African Americans, we need to make sure that these communities are educated about the importance of vaccines and that they understand the source of the rhetoric they're hearing. It's clear they are being influenced by myths and misinformation, and it's critical that the facts reach them too."

Other reasons for not getting vaccinated could be that they have forgotten. Twenty-five percent said they didn't have the time.

Symptoms of the flu include coughing, fever, sore throat, and fatigue.

Flu has sent 87,000 people to the hospital this season with 4,800 dying including 32 children dying.

While the current flu season is less deadly overall, it is hitting children especially hard.

The main strain of the flu virus which is circulating currently doesn’t entirely match up with the flu vaccine that is being administered this year.

Regardless, the Centers for Disease Control and Prevention says its not too late to get a flu shot. It recommends one for anyone over the age of six months.

Flu tends to peek in February in the U.S.