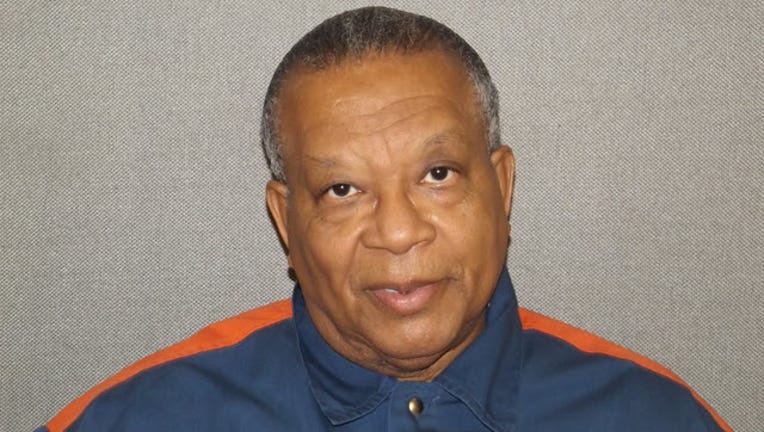 Michael Thompson, 68, is seeking release after 25 years in prison for selling pot to an informant.

MUSKEGON, Mich. - A Michigan man sentenced to up to 60 years in prison in 1996 for a marijuana dealing conviction is hoping to cut his remaining time behind bars.

Michael Thompson, 68, of Flint, has served nearly 25 years of his sentence and won't have a chance for parole until he’s in his late 80s.

Thompson was denied clemency by then-Gov. Rick Snyder two years ago, but now a movement called “Free Michael Thompson” has gained traction. It includes a website dedicated to sending emails and letters as well as making calls to Gov. Gretchen Whitmer.

"I can't die in here," Thompson said in a phone interview from Muskegon Correctional Facility with WNEM in Flint. “For what? Some marijuana and some guns in a locked closet?”

Investigators say Michael sold 3 pounds of marijuana to an undercover informant in Michigan, where the drug has now been legalized for recreational use. His attorney said many of the guns were antiques inside of a locked closet.

“They stacked the gun charges on top of the marijuana charge as if they were used in the sale of weed and in fact it wasn't,” said Kimberly Corral, Thompson's attorney.

Thompson wasn't supposed to own any weapons because he had prior non-violent drug crimes. That's when Michigan's Habitual Offender Law kicked in. Thompson's former drug convictions pushed his maximum sentence to 60 years. Judge Judith Fullerton put the minimum at 40 years.

Genesee County Prosecutor David Leyton told the TV station that he is willing to work with Thompson’s attorneys to see what can be done for Thompson’s case.

"Forty to 60 years is a harsh sentence even in a second-degree murder case," Leyton said.

Thompson only hopes he could have seen his family one last time.

“I've lost a lot. I've lost my only son. He was my best friend. And I loved him. My favorite nephew. I lost my mother and my father. All these losses for what? I'm in here and I didn't kill anyone," Thompson said.

According to prosecutor Leyton, a plea bargain with then-prosecutor Art Busch was rejected by the judge in the case.

"There was a plea bargain offered by then Prosecutor Busch," Prosecutor Leyton said. "In that he can plead guilty to the drug crimes and the weapons crimes would be dismissed. that plea bargain was rejected by the judge. That forced the case to go to trial."

Thompson was found guilty and received the 60-year sentence.

"Michael is the longest-serving non-violent offender in Michigan," Corral said.

Leyton says even though it's legal today, selling that much marijuana is still a crime, but not for 60 years.

"I suspect it would be more in the single digits," Prosecutor Leyton said. "I don't think it would even be a 10-year-felony."

With his appeals exhausted, he asked for clemency from Gov. Rick Snyder but was denied. Now he's asking Gov. Gretchen Whitmer to consider that option while the movement 'Free Michael Thompson' has gained traction. The site is dedicated to sending emails, letters, and calls to Governor Whitmer. The site says more than 21,000 actions have been taken so far.