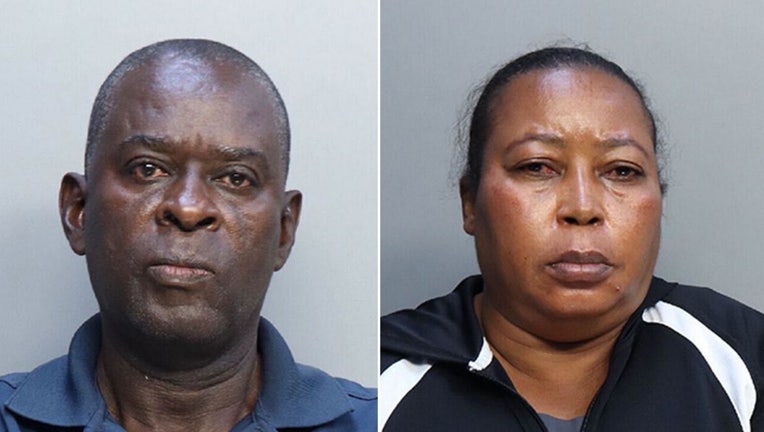 MIAMI - A Miami couple was arrested after police say they kidnapped and tortured a man for 72 hours.

Police tell WSVN that a man was coerced into coming to The Villages Apartment homes on Dec. 28, where he was later held at gunpoint, chained and repeatedly threatened.

Two days later the suspects, Occius Dorsainvil, 56, and Marie Dorsainvil, 52, demanded that the victim give up his car in exchange for his freedom. After heading to the victim's car, Dorsainvil's later forced the victim to drink a combination of rum and bleach, according to reports.

"He was panicking. He was trying to get help," the good Samaritan, who spotted the victim running toward him after coming out of the vehicle, told WSVN.

"He looked like he was shot or stabbed, but it actually was just blood from the vomiting that occurred," said the good Samaritan. "I didn’t realize until afterwards that he was kidnapped."

A week later the suspects were arrested on multiple charges. According to Miami-Dade Corrections, both suspects are charged with second-degree murder, kidnapping, grand theft auto, and robbery. Occius is also charged with tampering and extortion.

Both are being held without bond.

The victim was reportedly taken to the hospital, where his condition remains unknown. Fox News has reached out to Miami-Dade County police department for more information.