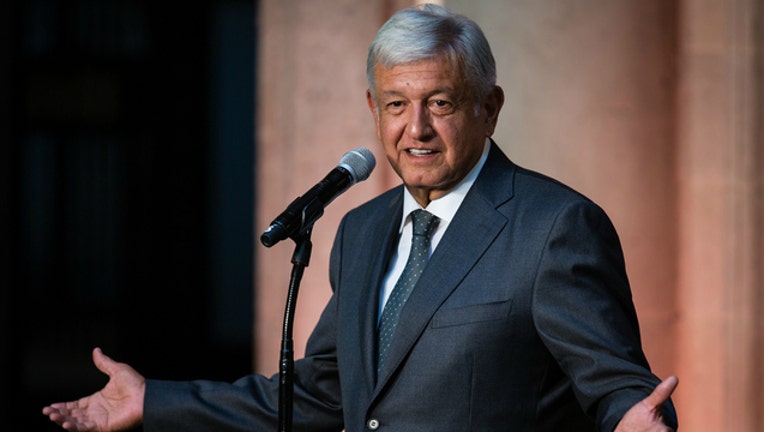 MEXICO CITY - Mexican President Andres Manuel Lopez Obrador announced the latest in a series of desperate ideas Friday to sell off his predecessor's official jet, which he says is too luxurious for a country where half the people live in poverty.

López Obrador said he is considering raffling off the plane by selling six million raffle tickets at $25 apiece.

He offered to throw in a year's free operating time in case the winner of the lottery-style scheme doesn't have the money to operate the jet.

López Obrador has floated four other ideas for selling the Boeing 787 Dreamliner, after the $130 million jet failed to find a buyer after year on sale at a U.S. airstrip, where it piled up about $1.5 million in maintenance costs.

He hasn't said yet whether he's considering a yard sale, but suggested that no idea has been ruled out.

“Help me,” he pleaded with reporters at his morning news conference, obviously floundering for ways to get rid of the plane. He said he has met with businessmen, seeking ideas of how to get rid of the white elephant.

The jet is expensive to run and now configured to carry only 80 people, albeit with a full presidential suite with a bedroom and private bath; experts say it would be too expensive to reconfigure back into a commercial airliner that normally carries as many as 300 passengers.

The austerity-minded president flies tourist class, has turned the luxurious presidential compound into an arts center and vowed never to step foot on the jet his predecessor bought.

He has suggested bartering the plane in exchange for U.S. medical equipment, or selling it in shares to a group of businessmen for executive incentive programs. He has also offered to rent it out by the hour, in hopes of paying off the remainder of outstanding loans on the plane.