Police chased a suspect in a stolen car at speeds of up to 100 mph through Mesquite, into Dallas on August 8, 2022

MESQUITE, Texas - Mesquite police were involved in a high-speed chase with a driver in a stolen silver Honda Accord Monday afternoon.

The chase started sometime after 1 p.m. on Interstate 30 near Dolphin Road. The vehicle was reported stolen out of Garland on August 2.

At one point, the driver was going between 90 and 100 miles per hour on northbound Interstate 635.

The driver also pulled into an apartment parking lot, paused for a few minutes and then took off again speeding through neighborhoods in east Dallas. 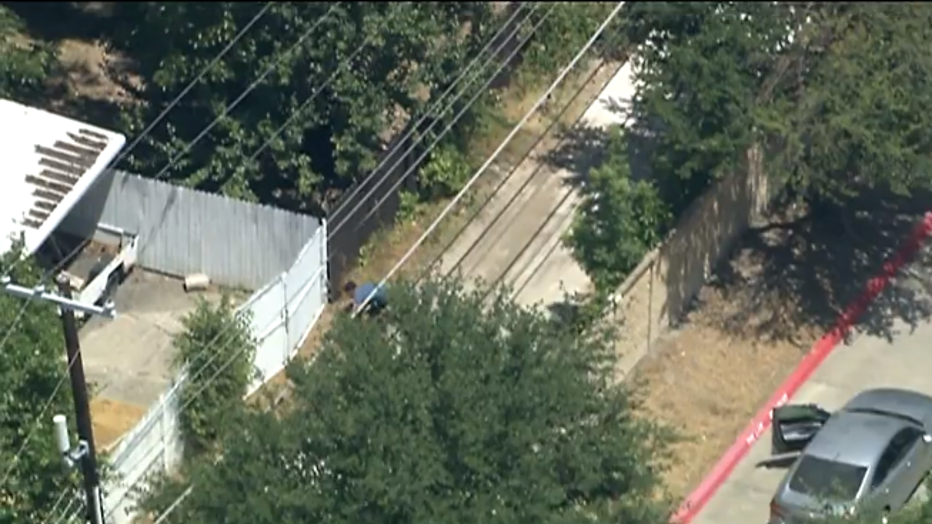 He ended up pulling over and began running on foot after crashing the car through a gate.

Officers caught up to him a few minutes later near Gross and Shiloh roads and took him into custody.

Chase eventually ended in Dallas with suspect running through backyards on foot.

Mesquite Police identified the suspect as a 16-year-old from Dallas. He has been charged with evading arrest in a vehicle and unauthorized use of a vehicle.