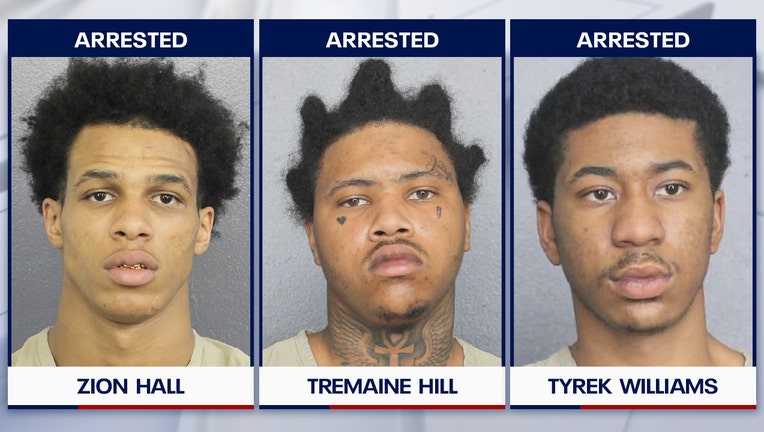 HOLLYWOOD, Fla. - A group of men already on pretrial release for previous offenses are behind a string of burglaries carried them out while wearing ankle monitors that track their locations, police said.

Hall, Williams and Hill each face charges of burglary, grand theft and racketeering. Hall is facing 35 counts, and Williams and Hill are facing 25 and 19 counts respectively. They were taken into custody while under house arrest awaiting trial on unrelated charges, according to WSVN.

Hollywood and Margate police, the Broward Sheriff's Office and the Florida Attorney General's Office are conducting a joint investigation.