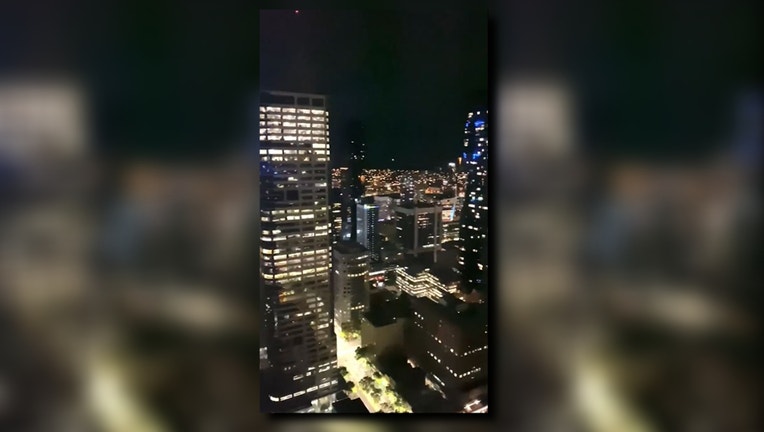 Footage of the celebrations quickly spread on social media. One Twitter user, who labeled his account “MrMG,” said the night almost has a New Year’s Eve feel about it. (Credit: @MrMG83414254 via Storyful)

MELBOURNE - Applause and cheering filled the streets of Melbourne, Australia Friday morning, but the Aussies weren’t clapping for health care workers this time.

They were celebrating the end of the city’s sixth COVID-19 lockdown.

Melbourne had spent 77 days on lockdown. But after Victoria achieved a 70% vaccination rate, a key milestone on the path to herd immunity, some of the restrictions were lifted at midnight Friday.

"Victorians, it’s fair to say, have done a quite amazing thing. So many people going and getting vaccinated so quickly," Victoria Premier Daniel Andrews said. "We’ve always said that lockdowns were a function of not having the vaccine that we needed but if we got vaccinated, we’d have so many more options."

Footage of the celebrations quickly spread on social media. One Twitter user, who labeled his account "MrMG," said the night almost has a New Year’s Eve feel about it.

According to data collected by Johns Hopkins University, Australia saw a major surge in COVID-19 cases that began around July. The delta variant is being blamed for the surge and bringing Australia’s caseload back to levels unseen since 2020.

In just the last week, Australia had more than 15,000 new cases.

Pandemic restrictions were eased despite Victoria recording its deadliest day of the delta variant outbreak with 16 COVID-19 deaths. There were also 2,189 new infections detected in the latest 24 hours.

Sydney, where the delta outbreak began in June, came out of lockdown last week after reaching the same 70% vaccination benchmark.

Australia is preparing to re-open its international borders for the first time in more than 18 months, but it'll be a gradual, state-by-state process starting in November. And it will depend on vaccination rates across the country.

Fully vaccinated people will have fewer restrictions in Australia than those who are not.