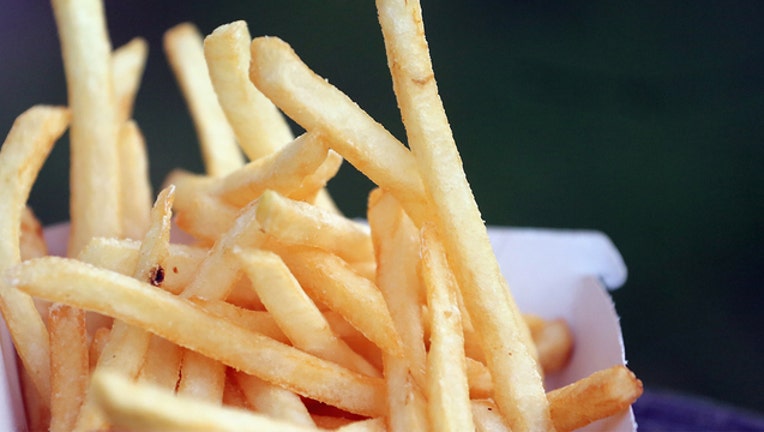 A McDonald's employee has been terminated for getting fired up over some fries.

The worker, who was employed at a location in New Orleans, was recently filmed choking and punching a customer who was allegedly trying to complain about his french fries being cold, and requesting a new order.

"The behavior seen in this video is not what I expect from my employees," said Chris Bardell, the owner and operator of the location, in a statement McDonald's gave to Fox News. "The crew member involved in this incident is no longer employed by my organization."

Footage of the incident, taken Saturday, shows the worker telling the customer to "get out" before another employee leads him away from the confrontation. The customer, however, is seen following behind, presumably to continue complaining about his order, at which point the worker turns around, places his hands around the man's neck, and punches him in the head.

The customer, who was visiting New Orleans with his wife at the time of the incident, admitted that he did have an "attitude" when he complained, but he didn't feel it warranted violence, WWL-TV reported.

"The customer is always right, even if he's wrong," the unidentified man told the outlet. He added that he didn't fight back even though he knew he would be able to take out his attacker, because he "didn't want to leave my wife alone in New Orleans if I went to jail."

Following the incident, officers arrived on the scene, but no charges were filed, according to NOLA.com.

The customer, meanwhile, claims he still wants to see the employee "in jail."

The New Orleans police are said to be investigating the incident.