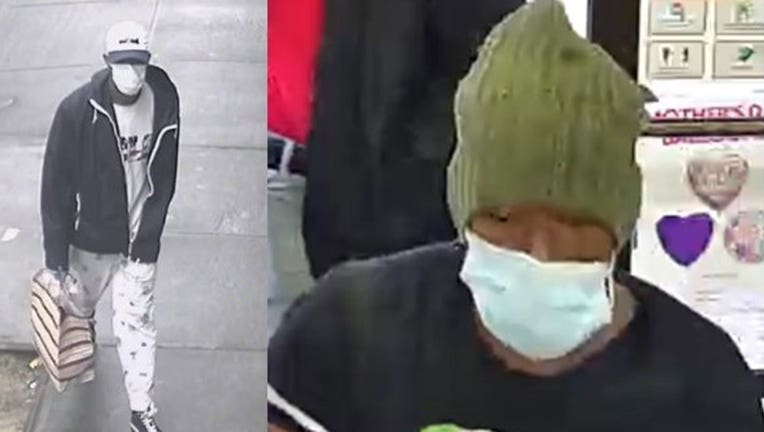 NEW YORK - A man is wanted in connection with a robbery spree that targeted McDonald's locations across the Bronx along with some other stores.

The same man has been linked to six robberies.

The first incident took place on April 20th just before 11:30 p.m.  The NYPD says the man walked up to a 20-year-old female employee inside of McDonald's at 279 East 149 Street in the South Bronx. The man forcibly moved her hand, took $52 from the register, and then took off.

Then about 1:15 a.m. on April 26th he went into a McDonald's at 925 Hunts Point Avenue in Foxhurst.  He pulled a knife on a 31-year-old female employee.  He snatched $109 from the register and escaped.

On May 3rd he went into a Family Dollar store at 1315 Boston Road in Morrisania at about 4:45 p.m.  He pulled a knife on a 24-year-old female employee and ordered her to move back.  He then grabbed $219 from the register and left.

The next robbery took place just after 2 p.m. on May 8th.  He went into a Dollar Tree store at 250 East 144 Street in the South Bronx.  He pulled a knife on a 34-year-old male employee.   He demanded the victim move back, and then took $450 and fled.

The NYPD released images of the man they are looking for in hopes that someone would recognize him and tip them off about his location.