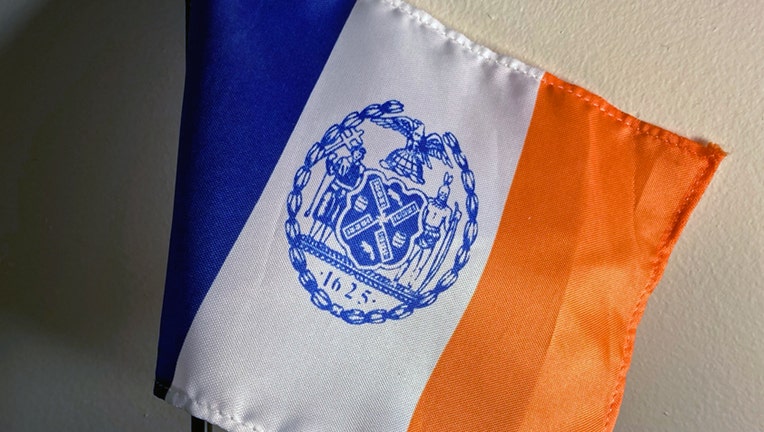 NEW YORK (AP) - New York Mayor Bill de Blasio said he would be in favor of re-examining if the city seal holds up to contemporary scrutiny.

"It's the kind of thing a commission should look at carefully and decide if it still makes sense for the 21st century," de Blasio said Monday at his daily news conference.

A city commission selected the seal in 1914 to unite all five boroughs under one flag and seal.

Joe Baker, the co-founder and executive director of the Lenape Center, said the Native American man on the seal is "cartoonish" and that the seal ignores the history of violence and destruction inflicted on indigenous people by settlers.

"It has the little Dutchman and the little Indian, and everyone is standing there in a very erect posture with the eagle above," Baker said. "And the Indian has two eagle feathers and the breechcloth."

The seal features a Dutch settler holding a rope with a loop tied at the end and a Native American man wearing a loincloth holding a bow standing beside a crest. The crest features beavers and barrels to signify the region's history with the fur trade.

The mayor did not outline specific steps to the re-examination or reinvention of the seal. 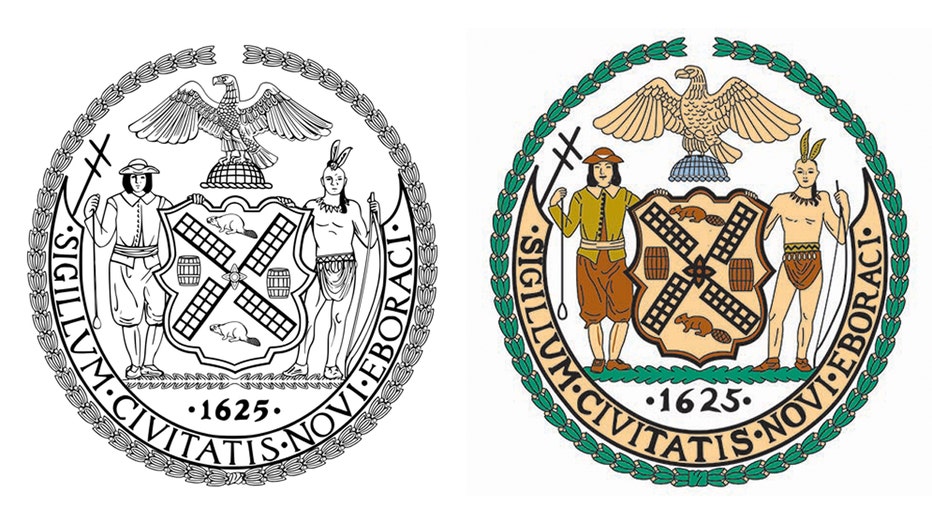 The official seal of the City of New York in a color version (right) and simplified black-and-white line art version. (NYC.gov)

Arms: Upon a shield, saltire wise, the sails of a windmill. Between the sails, in chief a beaver, in base a beaver, and on each flank a flour barrel.

Date: Beneath the horizontal laurel branch the date 1625, being the year of the establishment of New Amsterdam.

Crest: An American eagle with wings displayed, upon a hemisphere.

Legend: Upon a ribbon encircling the lower half of the design the words "Sigillum Civitatis Novi Eboraci," meaning Seal of the City of New York.

The whole is encircled by a laurel wreath. The City Clerk is the custodian of the City Seal.