First Look: Back To Win | MASTERCHEF

Gordon Ramsay, Aarón Sánchez, and Joe Bastianich as well as returning contestants introduce you to the new season of MasterChef Back To Win.

CHICAGO - Six aprons down, fourteen to go! This week’s round of audition battles comes fast and furious! Gordon Ramsay, Joe Bastianich and Aarón Sánchez have a lot of returning chefs to judge and only 40 minutes of screen-time. So let the battles commence!

"MasterChef" Back to Win Round 1: Seventh place winners

All four contestants this round (Willie, season 5; Derrick, season 2; Tommy, season 6; Micah, season 10) ended their "MasterChef" careers at lucky number seven and are clamoring for another shot at glory. Willie’s come back with a killer set of purple shades and a Cajun-poached halibut; when Gordon asks him why he’s picked such a difficult protein? "Because I’m a difficult guy!" he quips back. 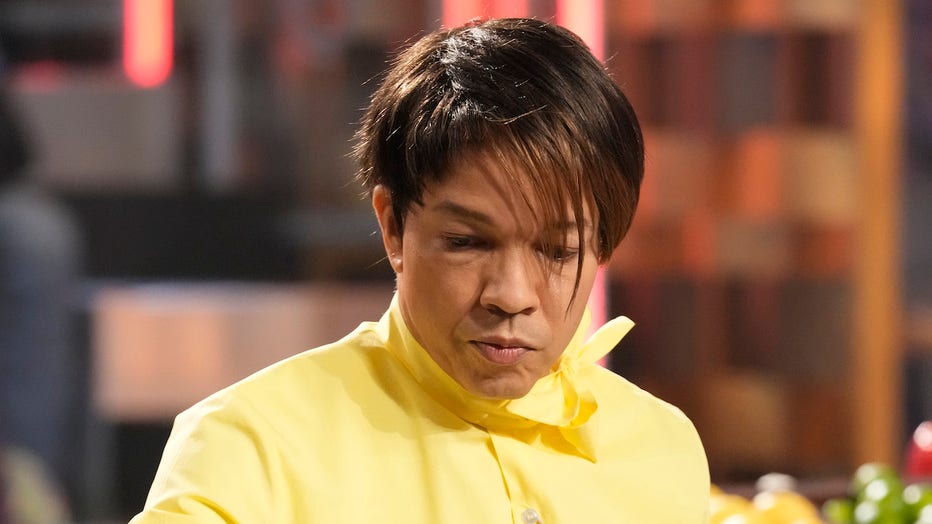 Meanwhile, Micah, whose narrative in season 10 largely revolved around his lack of confidence and familial support, comes back strong and assured this season with a gastropub-friendly yuzu ricotta fritter with blackberry gin sauce and chocolate sand(!).

But really, the food (and style) winner here is Tommy, the 59-year-old Vietnamese fashion designer turned food ambassador who shows up with a kickin’ yellow blouse and a quail-in-a-nest dish. "I’m going to treat this quail like haute couture," he promises Gordon. (Line of the night: Joe trying to take the quail’s wishbone from Tommy, who retorts, "You don’t get to touch my wishbone!")

The critiques are fairly friendly, most dishes passing muster with one or two notes (Willie’s dish needed lime, Derrick didn’t cook out his cornstarch enough), but the real tragedy comes with Micah’s fritters, which are raw in the middle. That said, Joe did say that it "looks like a dish from outer space," so his plating has still come a long way. Willie and Tommy get the aprons and move on to the main competition.

"MasterChef" Back to Win Round 2: Two pairs of past-season pals

Next up are two sets of contestants who competed in their respective seasons: season eight’s Cate (a hunter) and Daniel (a substitute teacher), as well as kitchen porter Michael and Army interrogator Sarah, both from season 10.

Like Brandi in the last episode, Cate’s a country girl shooting for a smoked venison dish, while Sarah goes for a strange Mexitalian fusion in the form of a duck breast paired with a green pipián mole and balsamic honey glaze. The smoking gun gets a real workout this round, as three of the four contestants add smoky elements to their dishes; Cate scrambles to get hers going, but she’s only got ten seconds left, so she gives up. 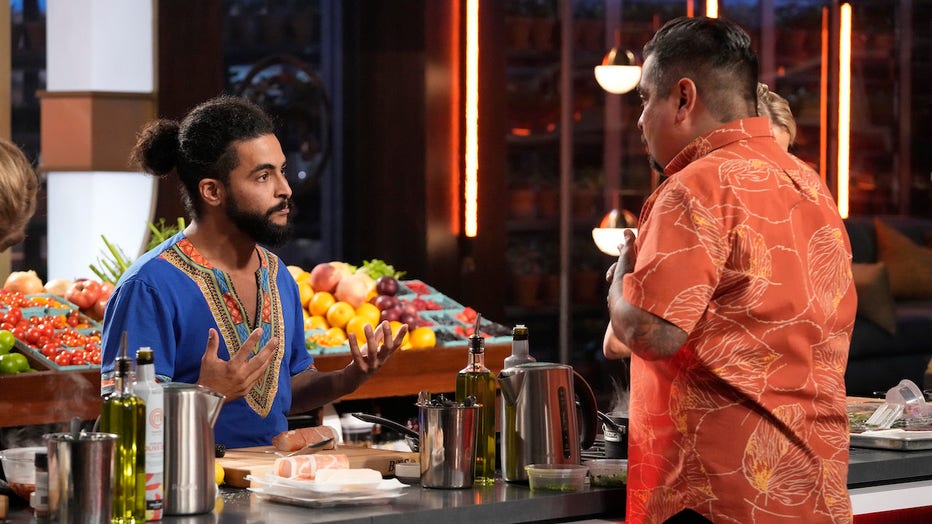 That doesn’t seem to matter though, as she gets some of the best critiques of the night. "Did it even need to be smoked?" Gordon asks, and by the look of the gorgeous sear on those mushrooms, the dish was delicious enough as-is. Sarah fared a bit worse, though, as her balsamic glaze and green mole predictably clash. Lucky for Michael, his filet mignon survives the dreaded MasterChef doneness test; Joe actually murmurs "Oh wow" when he bites in, as authentic a response as you can find on the show.

Yeah, Aarón thinks the leeks don’t add anything, but Gordon backs up Joe’s rapturous response to the beef. And suddenly, he and Cate have two white aprons. (Shoutout to Danny, though, one of the only contestants to work the crowd up as he cooks. We’ll miss his energy.)

"MasterChef" Back to Win Round 3: Speed round

This episode squeezes in one more round than the other audition showcases and pulls it off by zipping through this round at a lightning-fast pace. We hear from contestants like cowboy Newton (whose hot sauce is a bit too hot for the judges; cut to Aarón’s quivering lip), soft-spoken Bowen Li (whose filet potstickers receive rapturous praise), and season 6 firebrand Stephen, who gifts the judges "rabbit and donuts" and theatrically falls to his knees in relief when Joe tells him his dish is "psychedelic."

Dramatic? Maybe. But it’s classic Stephen with all his signature intensity. He and Bowen naturally advance to the competition. 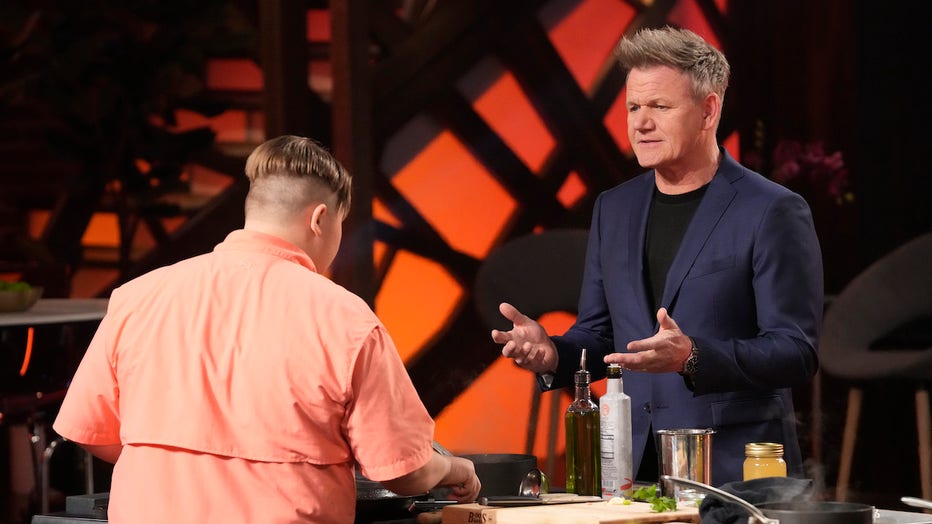 "MasterChef" Back to Win Round 4: The kids are alright

This is the round "MasterChef" fans have really been waiting for — three former "MasterChef Junior" contestants, competing to see whether they have what it takes to play in the big leagues. And judging by their bona fides, they all certainly make a case. Season 2’s Dara, notorious for her adorable bows that season, has packed up the cute accessories and earned a culinary degree. Season 5’s Shayne "The Train", the Texan with a big mullet and a bigger smile, is now a college student who works at a Vietnamese restaurant. And season 4’s Tae-Ho has studied at the Culinary Institute of America.

All three put in a stellar showing. Tae-ho’s "sleeping beef" (a New York strip resting under sheets of yuzu dashi pasta) is good, even though it’s more on the rare side than the medium-rare he was shooting for. Shane’s Cajun risotto with blackened catfish features clean, clear, robust flavors, though Gordon dings him on the use of a cream sauce: "Cream sauces are for amateurs, and you’re not an amateur." Dara’s Chinese-style steamed cod is a picture of lightness, a bright, clear dish with a scintillating broth that Joe calls "electric." Dara and Shane get in, and we’ve got our first graduates from "Junior." (Right before judging, Tae-ho makes them all promise that whoever gets the apron, this season has to have "a Junior winner." What a gem!)

Next time on "MasterChef": Believe it or not, more auditions.

"MasterChef" airs Wednesdays on FOX. The first two episodes are also currently available to stream on Hulu. Recaps run weekly, and you can read them all below.

About the writer: Clint Worthington is a member of the Chicago Film Critics Association. He is the founder and editor-in-chief of The Spool, and a Senior Staff Writer at Consequence. You can find his other work at Vulture, Nerdist, RogerEbert.com, and elsewhere.