What is 2,554 pounds and orange all over? A pumpkin grown in western New York that set a new U.S. record for the heaviest.

CLARENCE, N.Y. - A 2,554-pound pumpkin grown in western New York has set a new U.S. record for the heaviest.

State and national records fell over the weekend at the Great Pumpkin Farm in the Buffalo suburb of Clarence, when Scott Andrusz's entry broke the previous national record of 2,528 pounds, The Buffalo News reported. 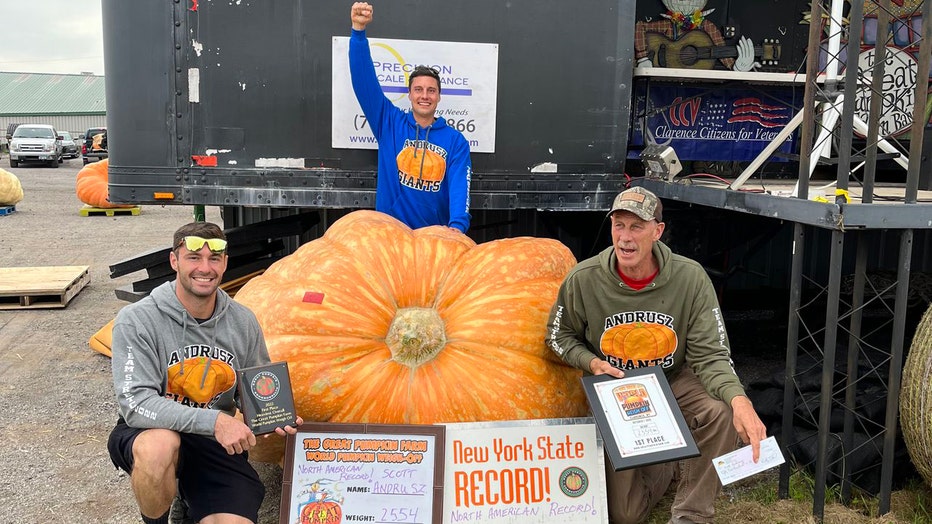 The winning gourd will be on display at the Great Pumpkin Farm fall festival through Oct. 16.

A grower in Italy holds the world record for heaviest pumpkin. He grew a 2,702-pound squash in 2021, according to Guinness World Records.