Two hunters have broken a state record by removing the largest Burmese python to date from the Florida Everglades.

The massive reptile began to coil around Ausburn as he and Pavlidis carried the 104-pound snake to a dirt road.

Photorgrapher Angela Scafuro recorded the impressive capture, saying there was a "rush of adrenaline" to watching the men catch the python. 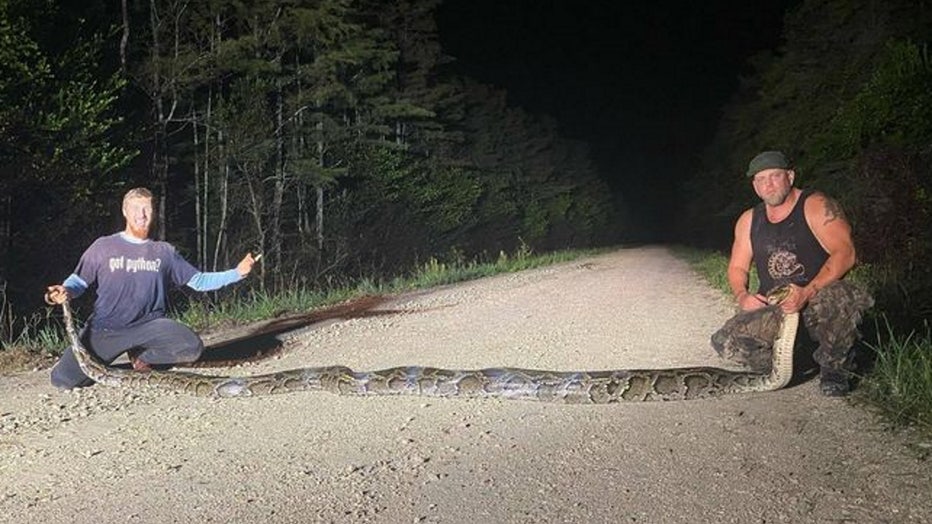 "The removal of this female snake is a triumph for our native wildlife and habitats," FWC said.

Ausburn makes a living catching pythons and making products out of their skins. He told Storyful he has probably captured a couple hundred snakes since joining the state's python elimination program several years ago.

Last year, Ausburn was hired to make footballs out of python skin for the Super Bowl, which was held in Miami.

The state promotes the capture and killing of the invasive pythons, which are responsible for killing deer, alligators and other native wildlife.

"Capturing large adult females is critical because it prevents them from potentially adding an average of 30 to 60 hatchlings to the population each time they breed," FWC said back in 2019.