A white supremacist responsible for murdering nine people in a South Carolina church says he being treated poorly behind bars.

WASHINGTON - White supremacist mass murderer Dylann Roof staged a hunger strike this month while on federal death row, alleging in letters to The Associated Press that he’s been “targeted by staff,” “verbally harassed and abused without cause” and “treated disproportionately harsh.”

The 25-year-old Roof, who killed nine black church members during a Bible study in Charleston, South Carolina, in 2015, told the AP in a letter dated Feb. 13 that the staff at the federal prison in Terre Haute, Indiana, feel justified in their conduct “since I am hated by the general public.”

A person familiar with the matter said Roof had been on a hunger strike but was no longer on one, as of this week. The person couldn’t immediately provide specific details about the length of the hunger strike or whether medical staff needed to intervene. The person wasn’t authorized to discuss the matter publicly and spoke to the AP on condition of anonymity.

Roof wrote in his letter to the AP that he went on the hunger strike to protest the treatment he received from a Bureau of Prisons disciplinary hearing officer over earlier complaints that he was refused access to the law library and access to a copy machine to file legal papers.

Roof’s Feb. 13 letter indicated he was already “several days” into a hunger strike, and he wrote in a follow-up letter that the protest ended a day later after corrections officers forcibly tried to take his blood and insert an IV into his arm, causing him to briefly pass out.

“I feel confident I could have gone much, much longer without food,” Roof wrote in the Feb. 16 follow-up letter. “It’s just not worth being murdered over.”

The allegations could not immediately be verified and a spokeswoman for the Bureau of Prisons said the agency had no comment on Roof’s allegations, citing privacy concerns. 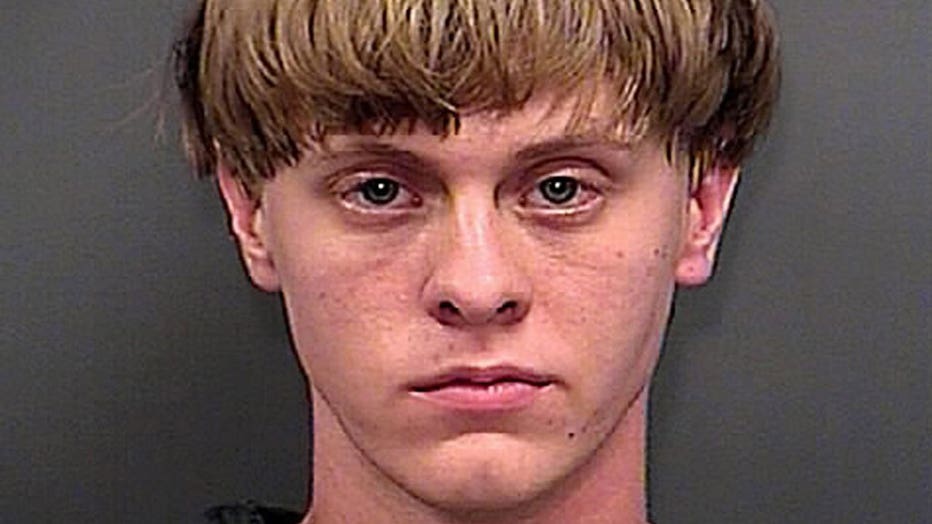 Roof’s lawyers said in a statement that they were “working with BOP to resolve the issues addressed in the letters.”

Roof’s lawyers filed an appeal to his federal convictions and death sentence last month, arguing that he was mentally ill when he represented himself at his capital trial.

In a 321-page legal brief, Roof’s lawyers asked a federal appeals court in Richmond, Virginia, to review 20 issues, including errors they say were made by the judge and prosecutors that “tainted” his sentencing. One of their main arguments is that U.S. District Judge Richard Gergel should not have allowed Roof to represent himself during the penalty phase of his trial because he was a 22-year-old ninth-grade dropout “who believed his sentence didn’t matter because white nationalists would free him from prison after an impending race war.”

Roof is the first person to be ordered executed for a federal hate crime. Attorney General William Barr announced in July that the government would resume executions and scheduled five executions — though Roof is not included among that group — ending an informal moratorium on federal capital punishment as the issue receded from the public domain. The Supreme Court has temporarily halted the executions after some of the chosen inmates challenged the new execution procedures in court.