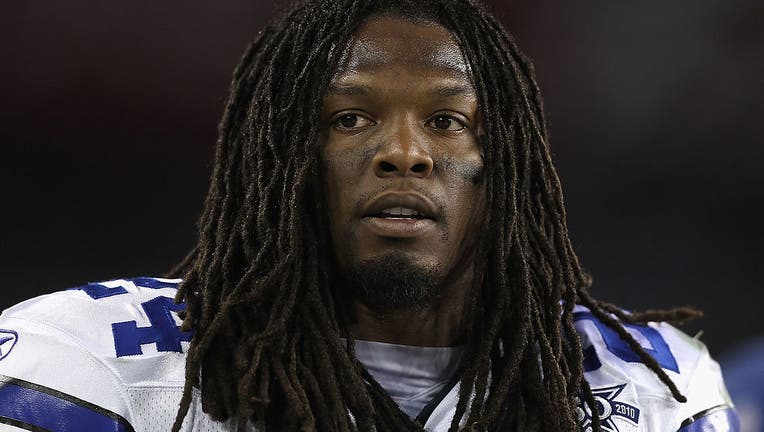 GLENDALE, AZ - DECEMBER 25: Runningback Marion Barber #24 of the Dallas Cowboys walks the sidelines during the NFL game against the Arizona Cardinals at the University of Phoenix Stadium on December 25, 2010 in Glendale, Arizona. The Cardinals defeat

The Cowboys later issued a statement saying it was Barber. The team added it was heartbroken by the news, describing Barber as an old-school, hard-nosed football player who had a passion for the game and a love for his coaches and teammates.

The former running back was ranked fourth all-time for the Cowboys in rushing touchdowns with 47. He was selected to the Pro Bowl in 2007 after rushing for 975 yards and 10 touchdowns.

"He was a really fun player to watch because he was just electric. He wasn’t very fast. That was the thing that separated him. He didn’t have breakaway speed. What he did have was punishing hits," said Mac Engel, a Cowboys' writer for the Fort Worth Star-Telegram.

But after his years on the field, he had legal troubles and issues with mental health.

Three years after his career ended, Barber was detained by police in Mansfield and taken to a hospital for a mental health evaluation.

Earlier this year, Barber pleaded guilty to criminal mischief in Denton County. That stemmed from a 2018 incident in which he damaged people’s vehicles.

His cause of death has not yet been released.