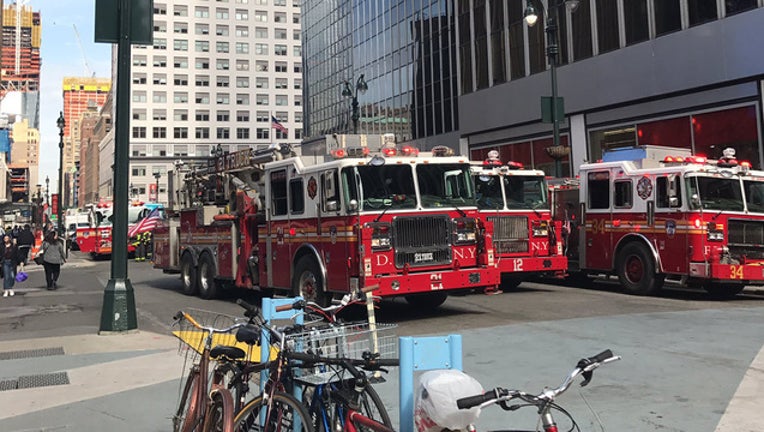 The man, 51, and the 86-year-old woman were found unresponsive in a second-floor apartment in a building on Seaman Avenue, police said.

The victims' names and relationship, if any, have not been released.

Firefighters were called around 11:45 a.m. to the six-story building. It's in the Inwood neighborhood.

The man was pronounced dead at a hospital, where the woman is in critical condition. Two other people declined medical attention, firefighters said.

Fire marshals are investigating what caused the blaze.