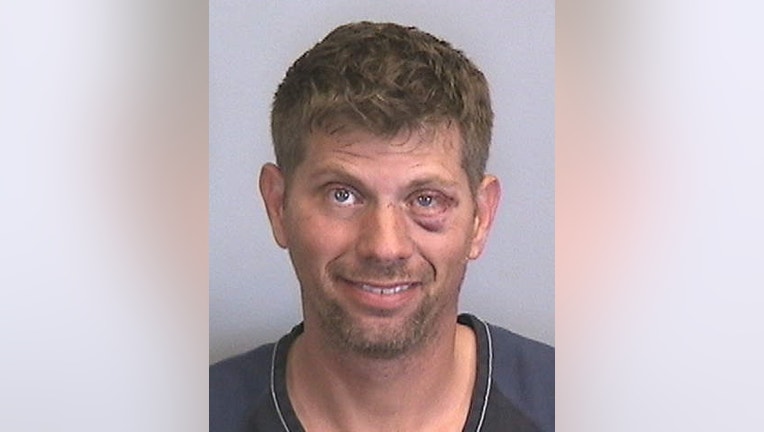 BRADENTON, Fla. - A man in Bradenton faces animal cruelty and child abuse charges after deputies said he hung a dog for barking, then beat a child who wouldn't help him hide the animal's remains.

The Manatee County Sheriff's Office said 38-year-old Robert Leroy Edwards took an electrical cord and tied it around another person's dog and hung the animal from a tree by its neck because the dog was barking.

Deputies said he then went into the house and woke up a child to have them help hide the dog's remains. But when the child saw the dog's body, he refused to help.

That's when investigators said Edwards punched the child in the face.

Another person in the home came downstairs after hearing the commotion. When he was "made aware of the senseless killing of the dog," the person started arguing with Edwards, who then punched the man numerous times in the face.

The location was redacted from Edwards' arrest report.

Deputies arrested Edwards around 3 a.m. Wednesday and took him to the Manatee County jail on multiple felony charges, including the torturing of an animal, child abuse, battery and contributing to the delinquency of a minor.

Edwards is being held without bond.