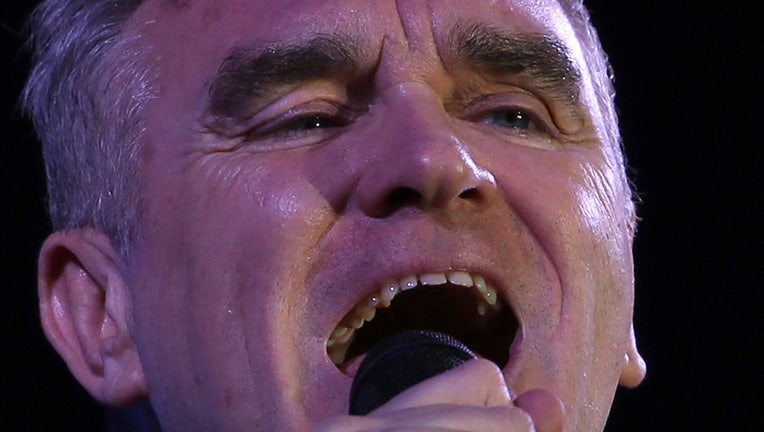 NEW YORK - Morrissey's manager is attacking 'The Simpsons' for its portrayal of the singer as an overweight meat-eating racist.

The episode title, Panic on the Streets of Springfield, is a takeoff of the singer's 1980s song from his former band The Smiths.  The show featured a band called The Snuffs with the lead singer Quilloughby as a supposed stand-in for Morrissey.

Peter Katsis wrote:  "Poking fun at subjects is one thing.  Other shows like SNL still do a great job at finding ways to inspire great satire. But when a show stoops so low to use harshly hateful tactics like showing the Morrissey character with his belly hanging out of his shirt (when he has never looked like that at any point in his career) makes you wonder who the real hurtful, racist group is here."

Katsis was also upset that the show's Morrissey character was called a racist, without pointing out any specific instances.

Reminding people that actor Hank Azaria's recent apology for his stereotypical character Apu, Katsis wrote:  "They should take that mirror and hold it up to themselves."

The episode also had the Quilloughby character eating meat after giving up vegetarianism.  Morrissey has long eschewed meat and supported animal rights.

Morrissey has been criticized by some in the media for his political views.  His support of the far-right For Britain party in 2019 drew ire as did critical comments about immigration.