The NYPD is on the hunt for a man wanted in connection to a homophobic attack in the Bronx on Friday.

NEW YORK - The NYPD is on the hunt for a man wanted in connection to a homophobic attack in the Bronx on Friday.

According to police, a 25-year-old woman was inside a building on Hugh Grant Circle in Unionport around 11:30 a.m. when the suspect approached her, used an anti-gay slur and punched her in the mouth, knocking her to the ground.

The man reportedly ran from the scene on foot and got on bound a northbound 6 train.

The victim suffered minor injuries and was treated at the scene by EMS.

The suspect is described as a man in his late 30's, standing around 6'1". He was last seen wearing a mask, a white hooded sweatshirt, dark-colored pants and had plastic bags on his feet. 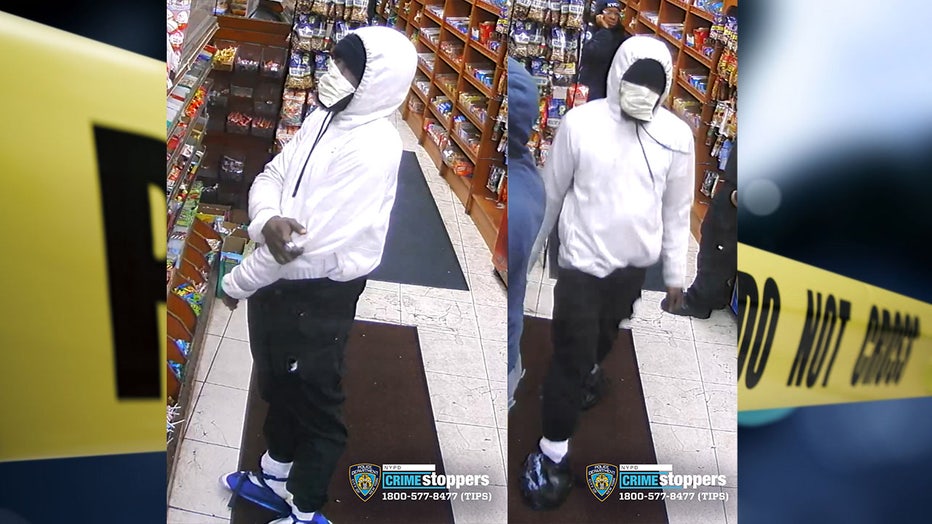 The NYPD is searching for a man who used an anti-gay slur before punching a woman in the mouth in the Bronx. (NYPD)

The NYPD's Hate Crimes Task Force is investigating the incident.