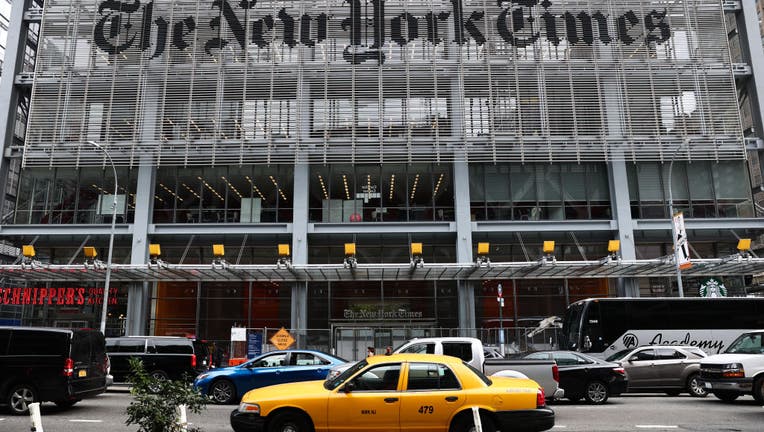 The New York Times logo is seen on the building in New York City, United States on October 27, 2022. (Photo by Jakub Porzycki/NurPhoto via Getty Images)

NEW YORK - A man with an ax and a sword went into the lobby of the New York Times building on Thursday and demanded to speak the political editor, according to the NYPD.

The man was also carrying a pocket knife and a container of mace in a plastic bag.

He then handed over his weapons and waited for emergency personnel when he was denied entry.

The New York Police Department said officers responded to the Times' building in midtown Manhattan shortly after noon after getting a 911 call about a man with a knife.

When officers arrived, building security told them the man had the weapons, and made the request to speak with that specific part of the newspaper staff.

He was taken to Mt. Sinai West Hospital for a psychiatric evaluation.

A representative said in a statement that the Times was grateful to police "for responding to an incident in our lobby that was resolved quickly and peacefully."

It was unclear if the man was facing any charges.