A man suffered severe injuries in a beating at a Brooklyn grocery store.

The NYPD says it happened in a Shoprite store on Thursday, October 15 just before 11 a.m.

The store is in the Gateway Center, a large shopping center in the Spring Creek section of the borough.

Police say the victim got into some sort of argument with another man.  The man then attacked attacking the victim.  He repeatedly punched the man until he fell to the floor and continued to strike him.

The victim suffered a fractured nose and cuts along with the brain injury.  He was taken to Brookdale Hospital in stable condition

The NYPD released a video of the attack in hopes that someone can identify the attacker. 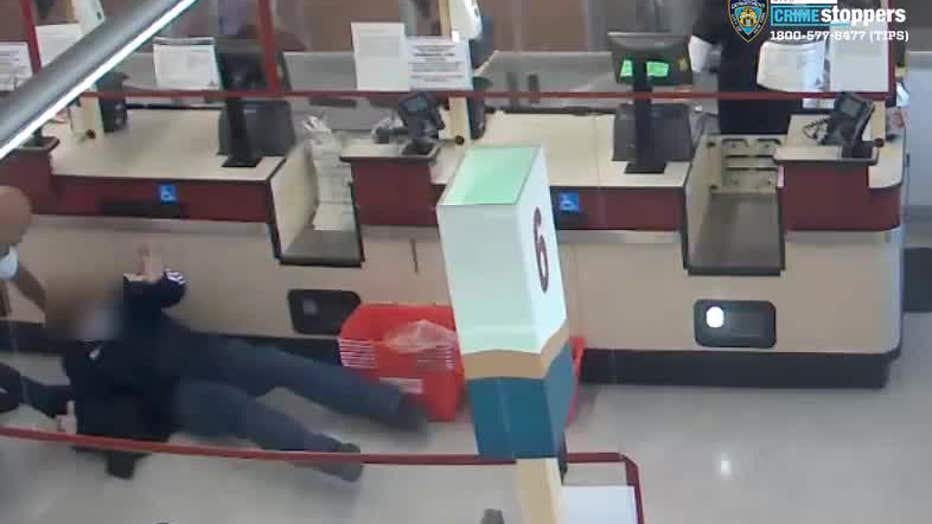 A man is wanted for beating a grocery store customer.