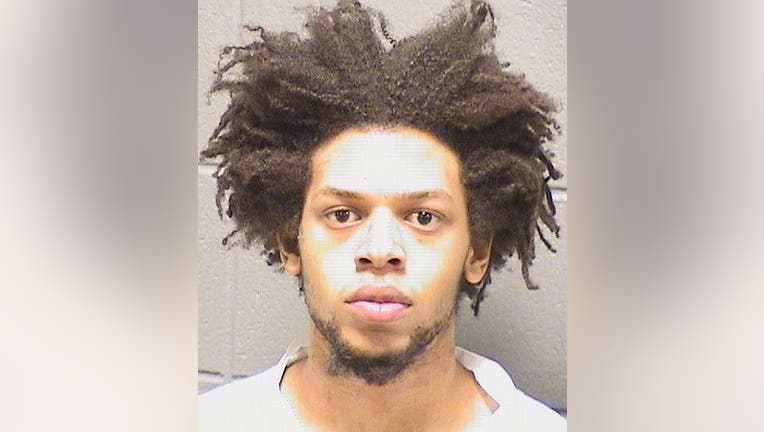 CHICAGO - A man is accused of stabbing an elderly family member dozens of times using a "samurai knife," killing her inside her Bellwood home before leaving with a phone and envelopes of cash.

Isaiah Jones, 20, is charged with first-degree murder in Thursday’s killing of 76-year-old Jearlean Willingham, the Chicago Sun-Times is reporting.

At a court hearing Sunday, prosecutors described Willingham as his "step-great-grandmother" and said he spent much of his life with her.

After Bible study, prosecutors said Jones on Thursday took a "samurai knife" and stabbed Willingham at least 35 times in the 3800 block of West Van Buren Street, where Jones was staying, the Sun-Times reported.

Police arrested Jones five hours later with disassembled pieces of a handgun and a knife, loose currency and bank envelopes containing $525, the Sun-Times reported. The samurai knife was not located. Jones allegedly admitted to killing Willingham.